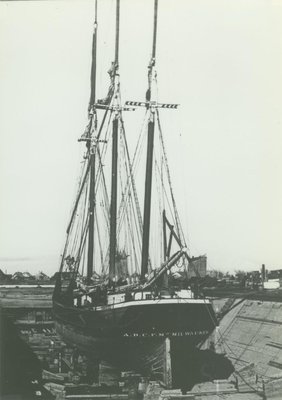 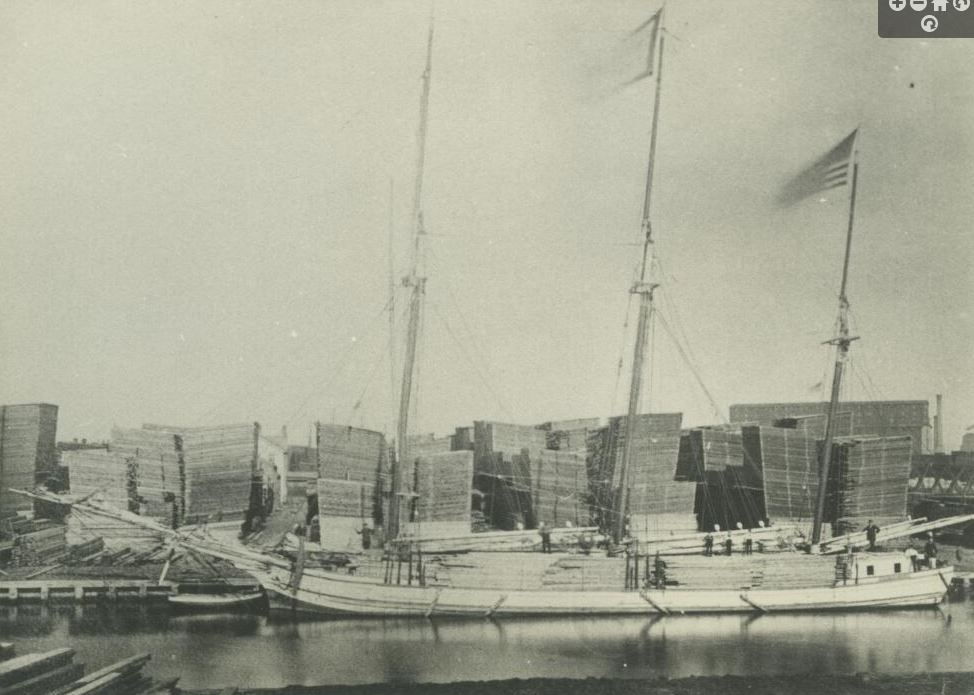 The three masted wooden schooner A.B.C.F.M. (American Baptist Council Foreign Mission) was originally built as the J&A Stonach in 1854 by George Barber in Milwaukee. She was designed and built to carry lumber for the Stronarch Lumber Mill in Manistee, Michigan and she indeed carried much of the lumber that was sold by the mill to build homes in Milwaukee during the Civil War. She was renamed the American Baptist Council Foreign Mission on October 10, 1881 after she was sold to L.M. Merrill a pious Presbyterian. As the A.B.C.F.M. she was used as a traveling gospel ship. This was a "floating church" that would travel to various port towns delivering their message of their faith. Prior to being a floating bethel, she was used as a lumber carrier.
Final Voyage

The A.B.C.F.M. was abandoned in July of 1900 at the Greenfield Avenue Slip in the Kinnickinnic River, one of three major rivers that flows into the Milwaukee Harbor. During the summer of 1902, she was towed out into Lake Michigan and scuttled off of Milwaukee.
The A.B.C.F.M. has yet to be found.
Today

The A.B.C.F.M. has not yet been found. It was scuttled off the coast of Milwaukee, but still may yet be found.
Nearby
View 74 more View fewer
^
© 2020 - Wisconsin Sea Grant, Wisconsin Historical Society