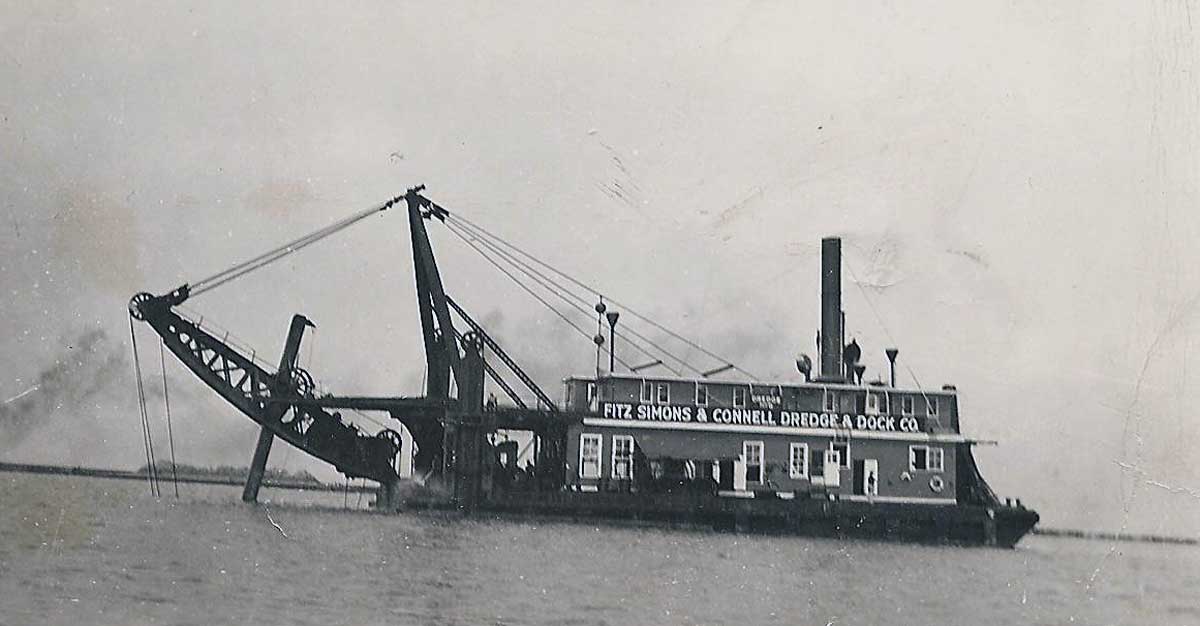 Historic image of the Dredge No. 6 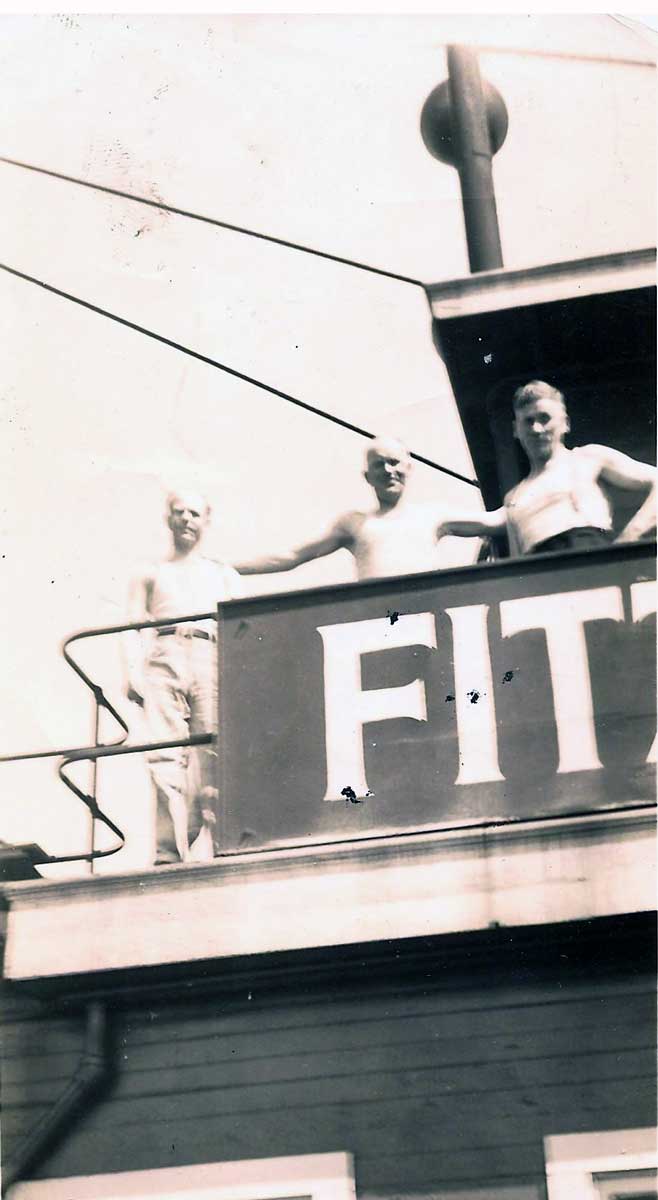 Historic image of the crew aboard the Dredge No. 6
By The Numbers
0
Built
0
Sank
0
Lives Lost
0
Depth (ft)
Service History

Fitz Simons & Connell Dredge No.6 is better known in modern times as Dredge #6 and sometimes mistakenly known as Dredge #906. The 685-gross-ton crane dredge was fitted with a boom and a dipper, along with equipment for dredging purposes. The dredge had a steel hull and main deck along with a wooden superstructure, which protected certain machinery and equipment along with providing accommodations for the workers employed by the dredging company. This superstructure was not constructed to withstand rough weather on the open lake. It was intended for harbor, or some other safe refuge work.
Final Voyage

May 23, 1956. The Fitz Simons & Connell Dredge No. 6, often known as Dredge #6 or Dredge #906 was under the command of Captain Martin Walsh and was engaged in dredging operations in Lake Michigan near the town of Oak Creek approximately eleven miles south of Milwaukee, Wisconsin. The 110-foot floating platform foundered as it was being towed to shelter amid 55 mph winds by the motor tug E. James Fucik. Late in the evening, the winds had increased to the point where it was decided to move to shelter in Milwaukee Harbor. Winds worsened, the dredge began to ship water and list. A guy wire holding up the dipper boom parted and soon the vessel capsized and sank. The sixteen foot, wooden yawl boat was not launched and as a result nine of the nineteen on board lost their lives most of whom drowned. The crew of the tug E. James Fucik suddenly noticed that the lights of the Dredge No.6 were gone and the tow line was angled down underwater. The tug managed to turn around and rescue thirteen of the crew of which, three didn't make it to the hospital.

The Coast Guard investigation filed eight days later, found fault with Captain Walsh for not transferring the nineteen crew members to shore at Oak Creek and for ordering the dredge to be towed all the way to Milwaukee Harbor in rough weather.
Today

Today, the Dredge 906 rests upside down in about sixty feet of water. The hull rests on her crane and the bottom is made up of fine silt which is easily stirred up by divers. Remains include a massive crane, boiler, and the dredging machinery.
Map