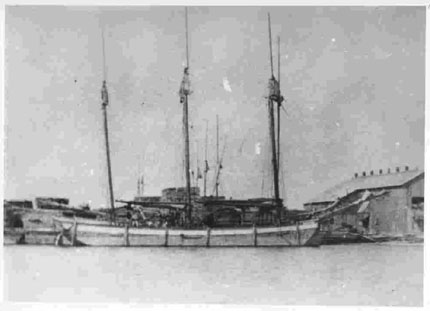 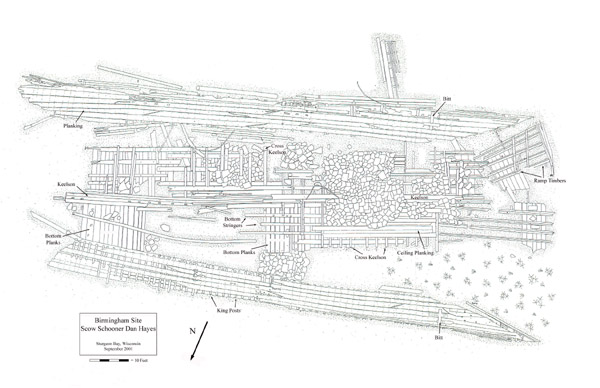 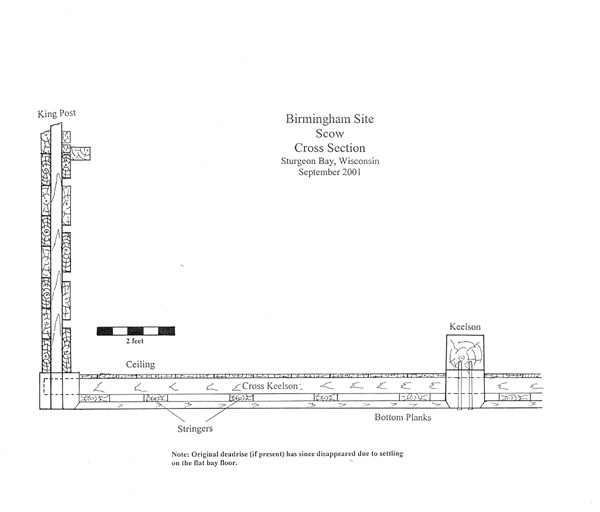 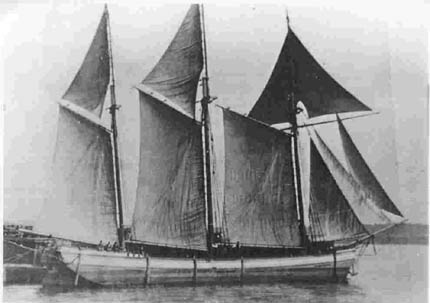 The Dan Hayes under sail 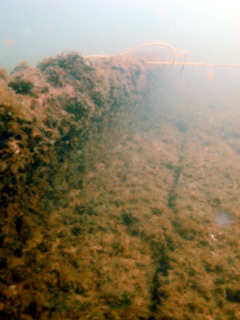 Bilge of the Dan Hayes 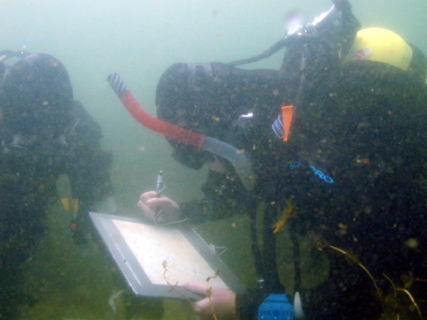 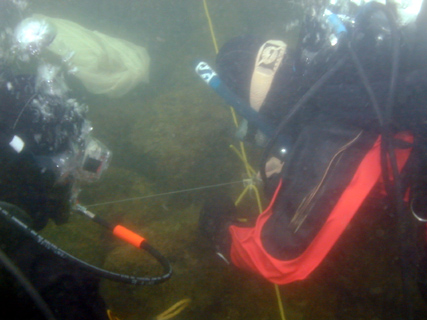 The wooden, three masted, scow schooner Dan Hayes, official number 3504, spent her early years hauling lumber for Theodore Consaul. Then in 1882 the scow schooner was converted to a barge. In early August 1898, the Hayes, loaded with lumber, capsized after becoming waterlogged off North Point not far from Milwaukee, Wisconsin. The deck load of lumber was lost and the vessel was dismasted. After being towed into Milwaukee she was repaired and put back into service. May 1900, the Dan Hayes was repurposed by the new owners Graef and Nebel Stone Company out of Sturgeon Bay, Wisconsin. She was to spend her final years as a stone hauler.
Final Voyage

August 6, 1904. The barge Dan Hayes was loaded with a cargo of stone for delivery in Menominee, but when the tug Duncan City came to take the Hayes in tow she was leaking so badly that she had to be shoved near the shore and allowed to sink. Her final resting site is located near the old Graef and Nebel quay in McCracken's Cove in Sturgeon Bay.
Today

The wreck site of the Dan Hayes lies in 6 to 8 feet of water, approximately 300 feet from shore. The site is at the abandoned Graef & Nebel quarry jetty located at McCraken's Cove near Sturgeon Bay, Wisconsin.The remains are of the lower section of the wooden ship's hull, including the bottom of the hull and both the port and starboard sides, which are splayed out and lying flat on the bottom.