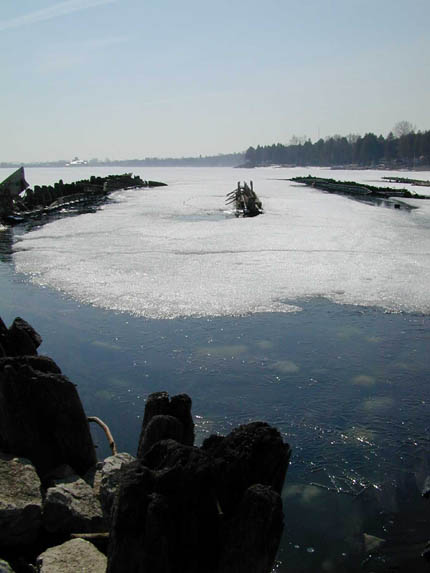 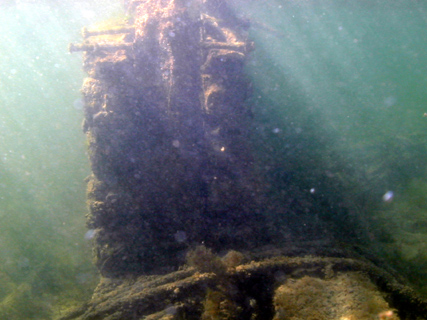 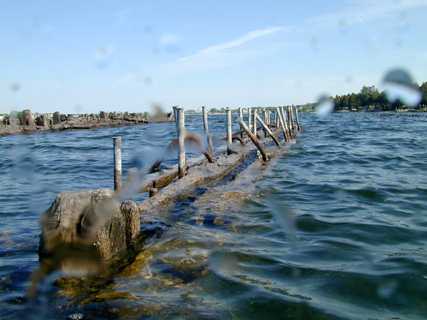 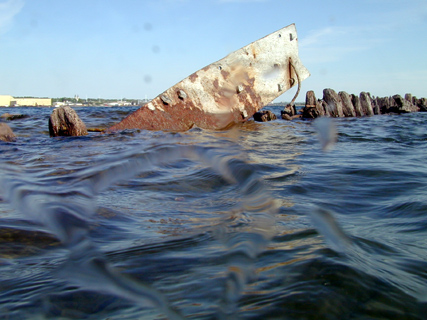 Iron hogging strap use to strengthen the vessel 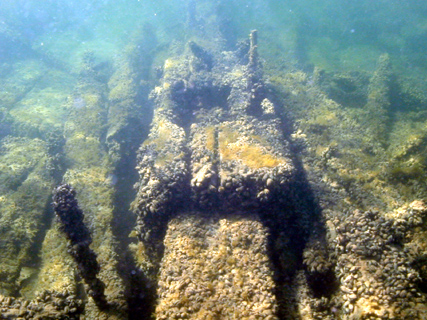 One of two mast steps 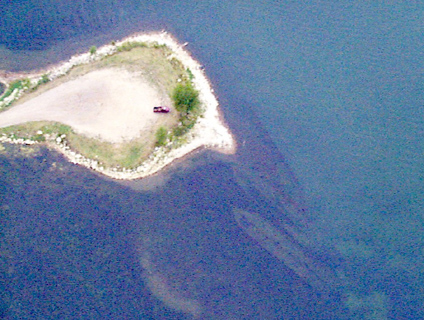 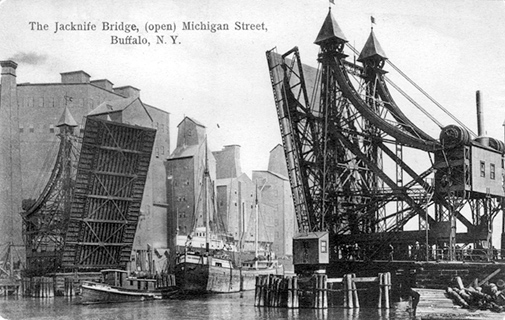 The Ida Corning in Buffalo, NY 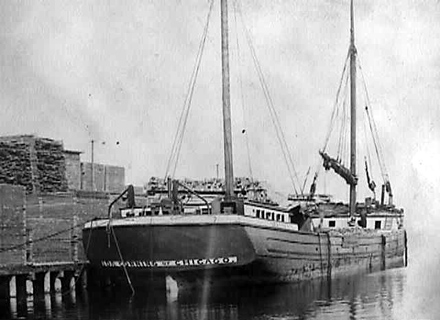 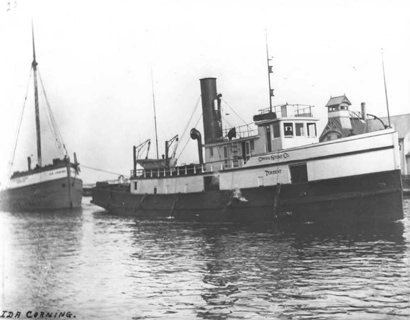 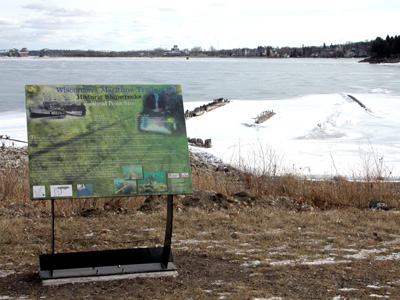 A Maritime Trails historic marker is on site

As sailing vessels became obsolete at the turn of the 20th century, hulls that could be converted to barges were plentiful and cheap. This was already the case when the Ida Corning (U. S. Registry 44283) was constructed as a purpose-built schooner-barge by Thomas Arnold in East Saginaw, Mich., in 1881. Two masts, a fore and a mizzen, gave this 168 by 31 by 11-foot vessel the configuration of a Grand Haven rig.

Photographs reveal that the vessel carried an after cabin on the main deck and had a forecastle deck forward, which housed the winch and perhaps a steam boiler and donkey engine . The deck cabin and small forecastle deck insured that internal hull space was not wasted on crew quarters or machinery, for more cargo equated to more profit. The cavernous hull could be entirely filled with cargo.

The Ida Corning's history clearly reflects turn-of-the-century economics on the Great Lakes. The vessel was never intended to free sail the lakes, but was built to be towed in "consort" with other barges. She supplemented the cargo capacity of her escort and provided added flexibility because she could be dropped at any port for unloading while the escort continued to a different destination.

The Ida Corning changed ownership several times during her early career but continued in the lumber trade until after the turn of the century. By this time, however, the lumber industry was approaching hard times. Seventy years of laissez-faire government and commercial management had severely depleted the once seemingly limitless resource, forcing many lumber companies to divest while others moved west. Consequently, in 1908, the Ida Corning was sold to the Sturgeon Bay Stone Company and added to its flotilla of barges.

As a barge, the Ida Corning was often found in tow of the steamer I.N. Foster, delivering stone to various locations on the lakes. The vessel faced the usual problems associated with hauling stone. Bad weather and small leaks were a constant worry for her small crew, and winter dry dock and caulking were routine.

Although grounding or collisions with other vessels were unusual, the Ida Corning ran aground at least once, in November of 1908. In a dense fog seven miles south of the entrance to the Sturgeon Bay Ship Canal, the barge and her escort tug, Duncan City, struck a shoal in an area known as Clay Banks. Apparently, Captain Fred Johnson of the Duncan City failed to take into account the increased speed of the tow because the schooner barge was both empty and under full sail. As the vessels were being pulled from the banks by the tug Smith under a Captain Anderson, the Ida Corning struck a rock and broke off its shoe and rudder, necessitating a considerable repair.
Final Voyage