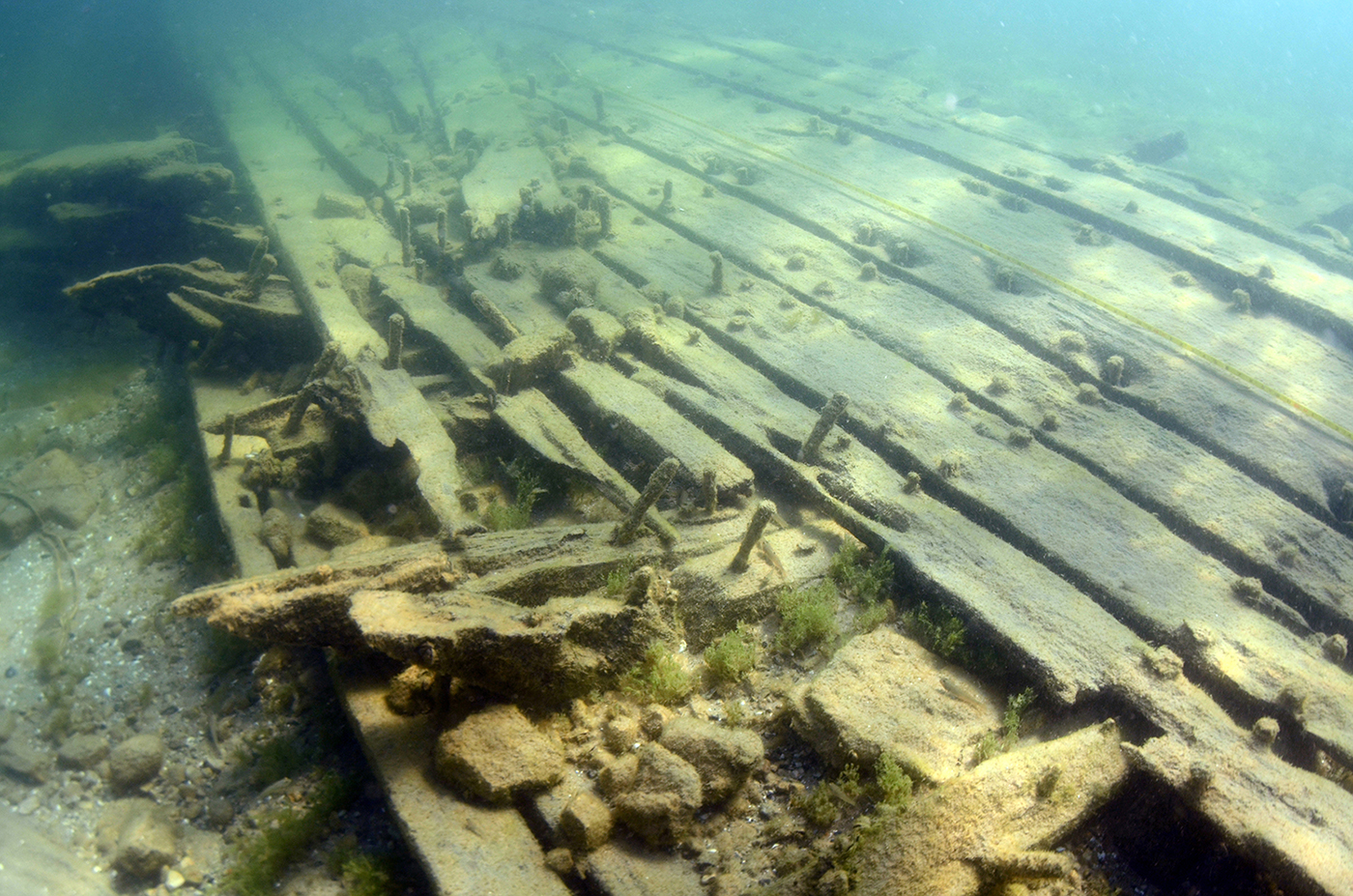 Starboard hull section of the shipwreck. 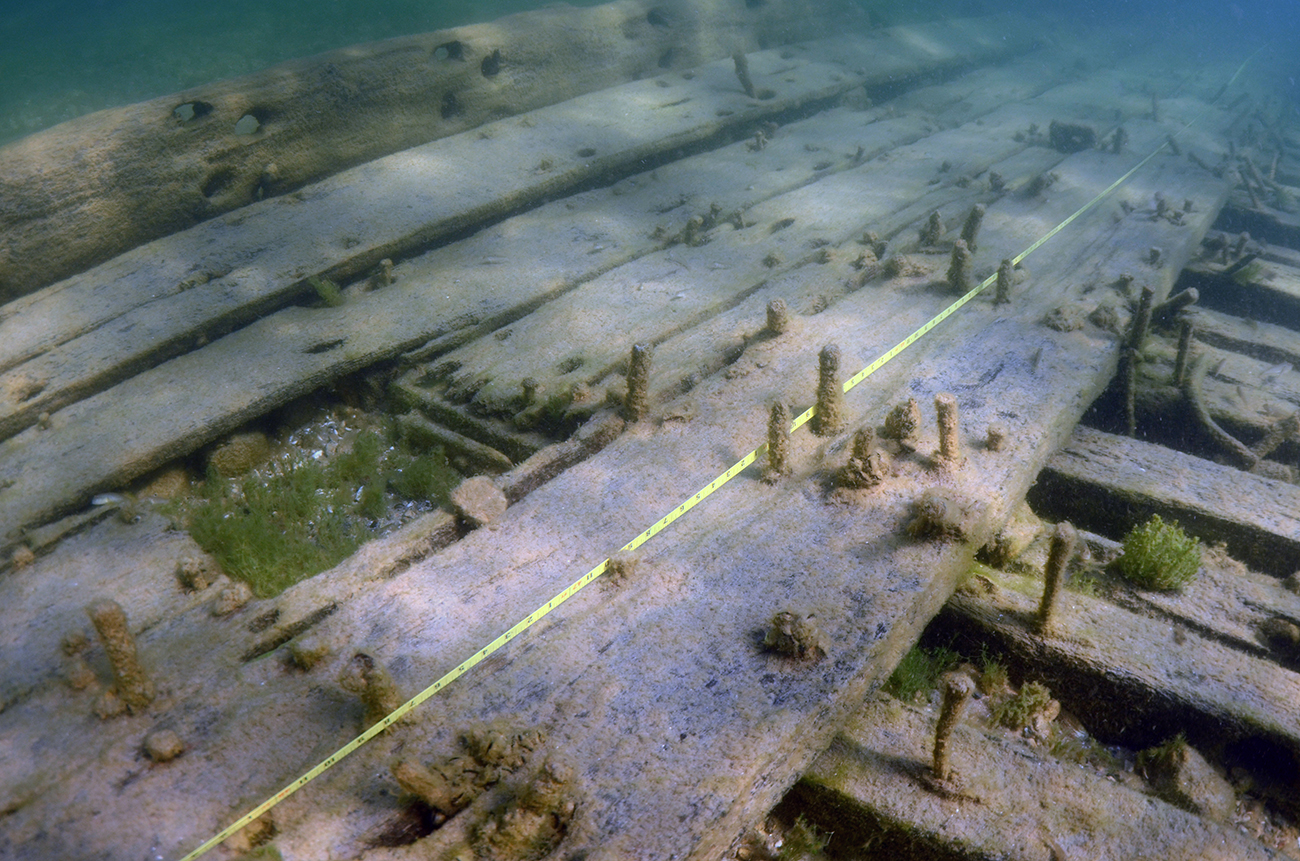 A lumber port located on the starboard hull section 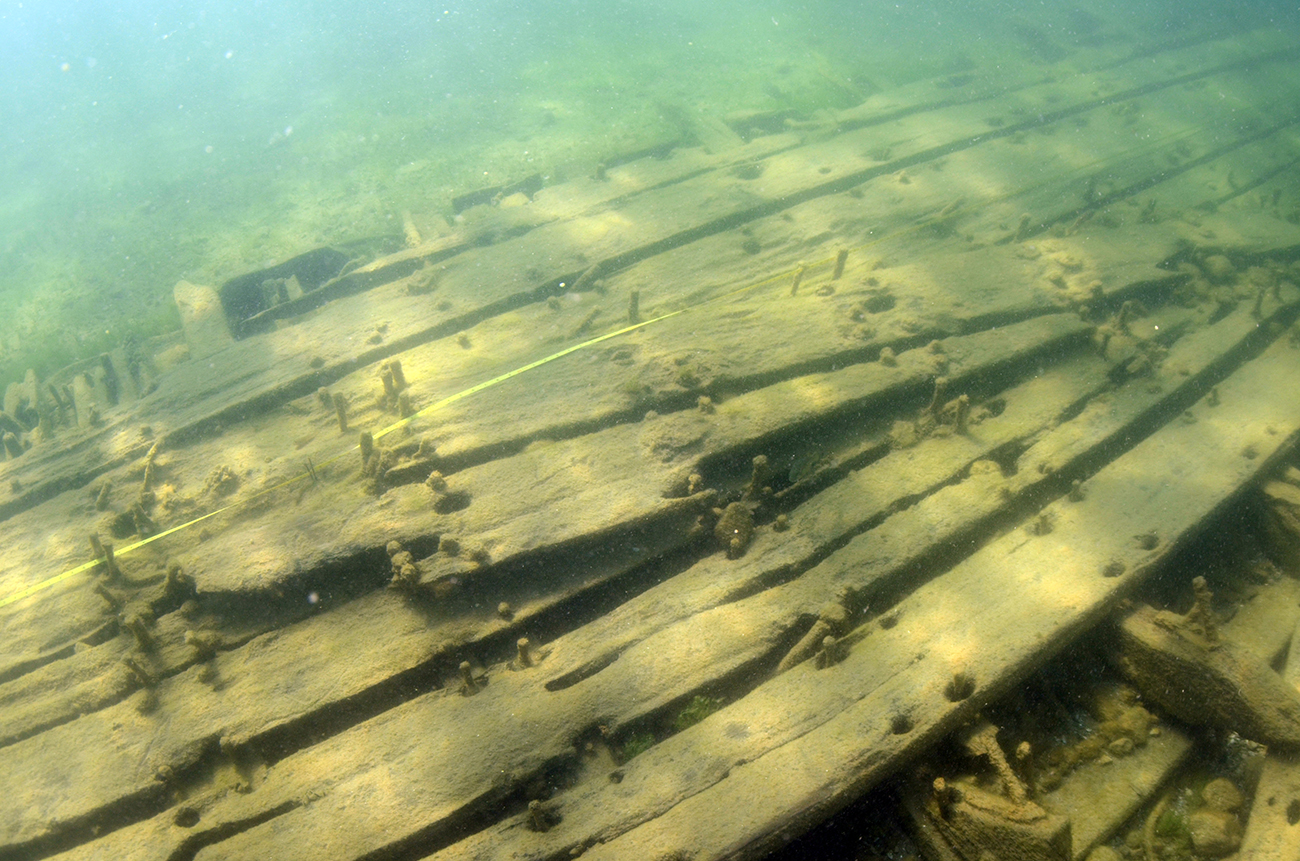 Remains of a hogging arch located on the starboard hull 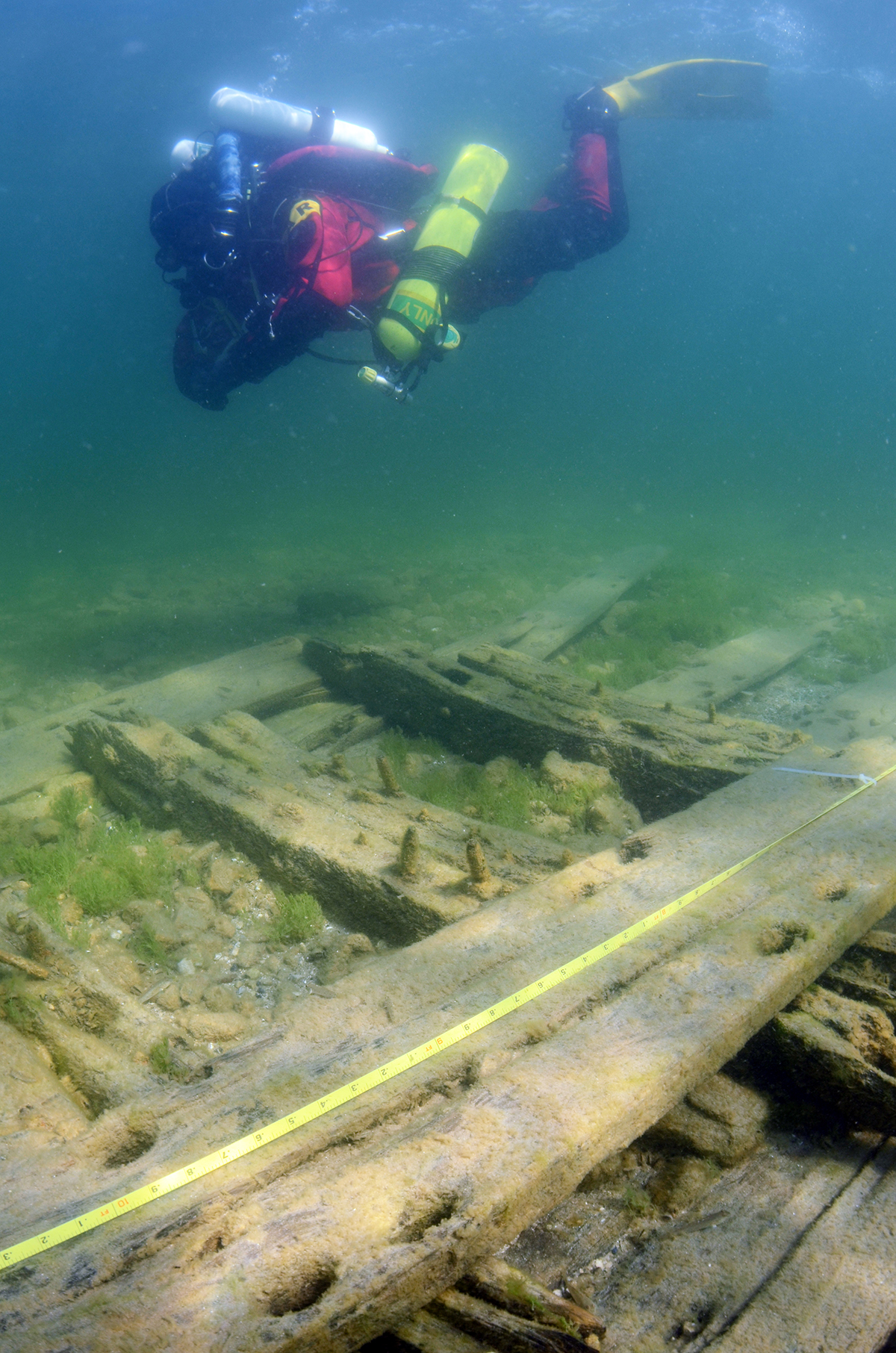 Diver over the starboard hull structure 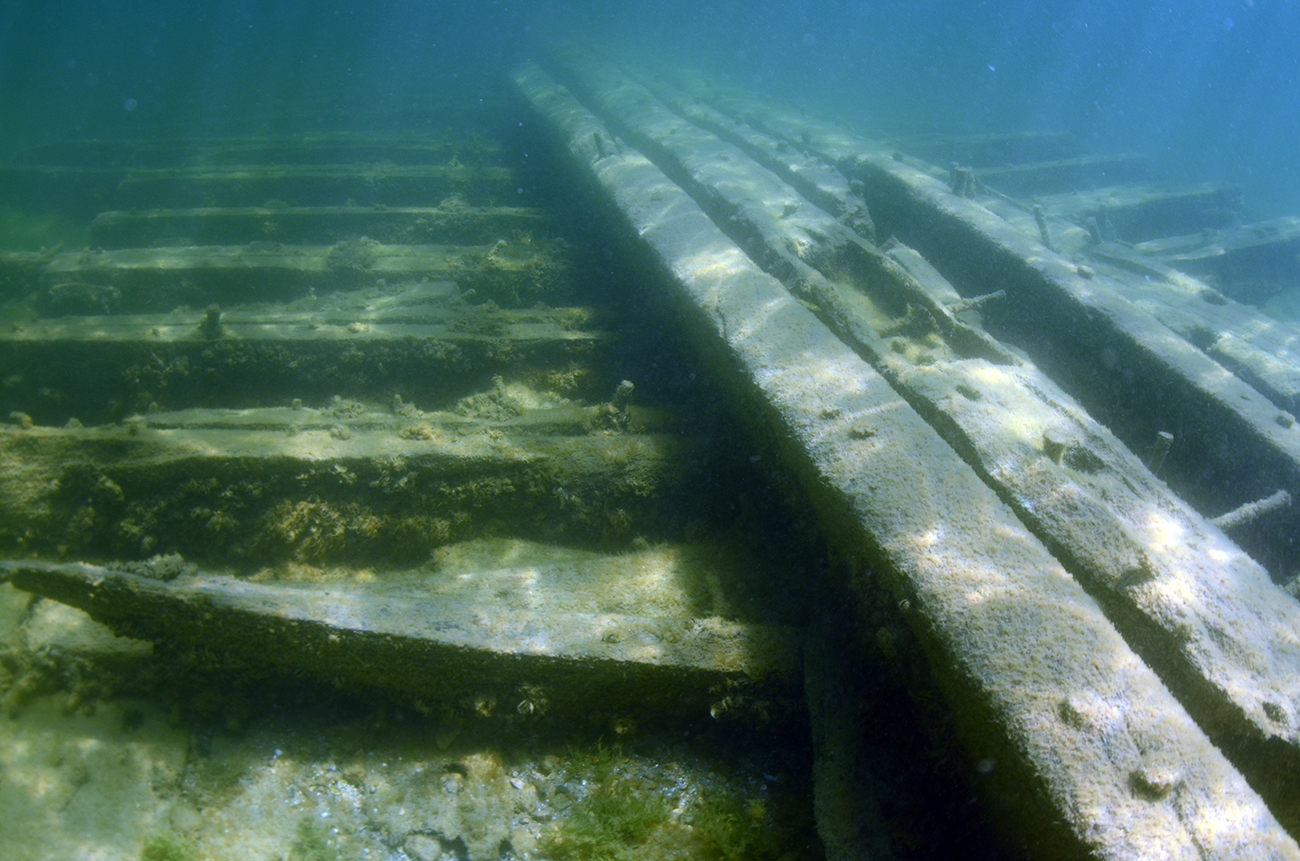 Keelson assembly and floors of the vessel's lower hull structure 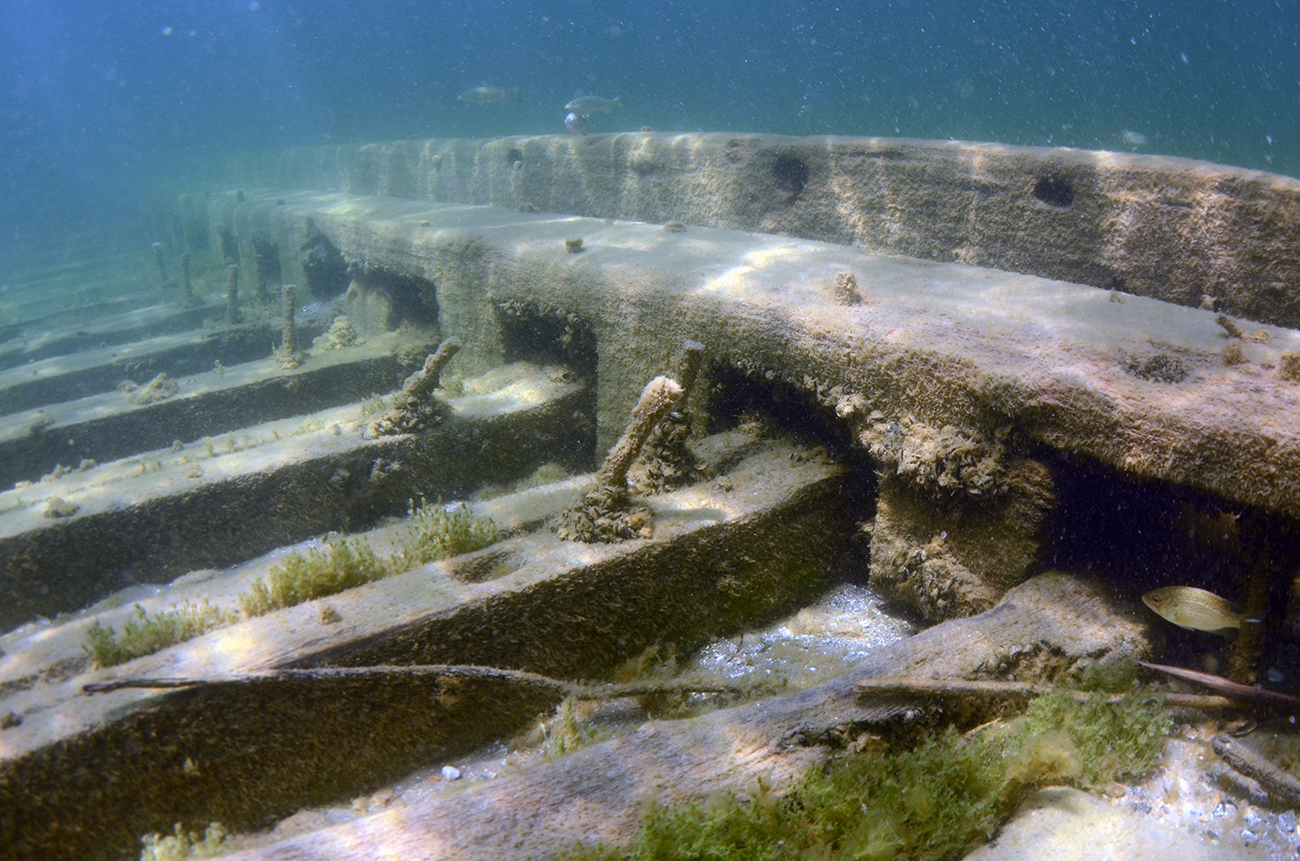 Half floors and pocket pieces along the centerboard trunk 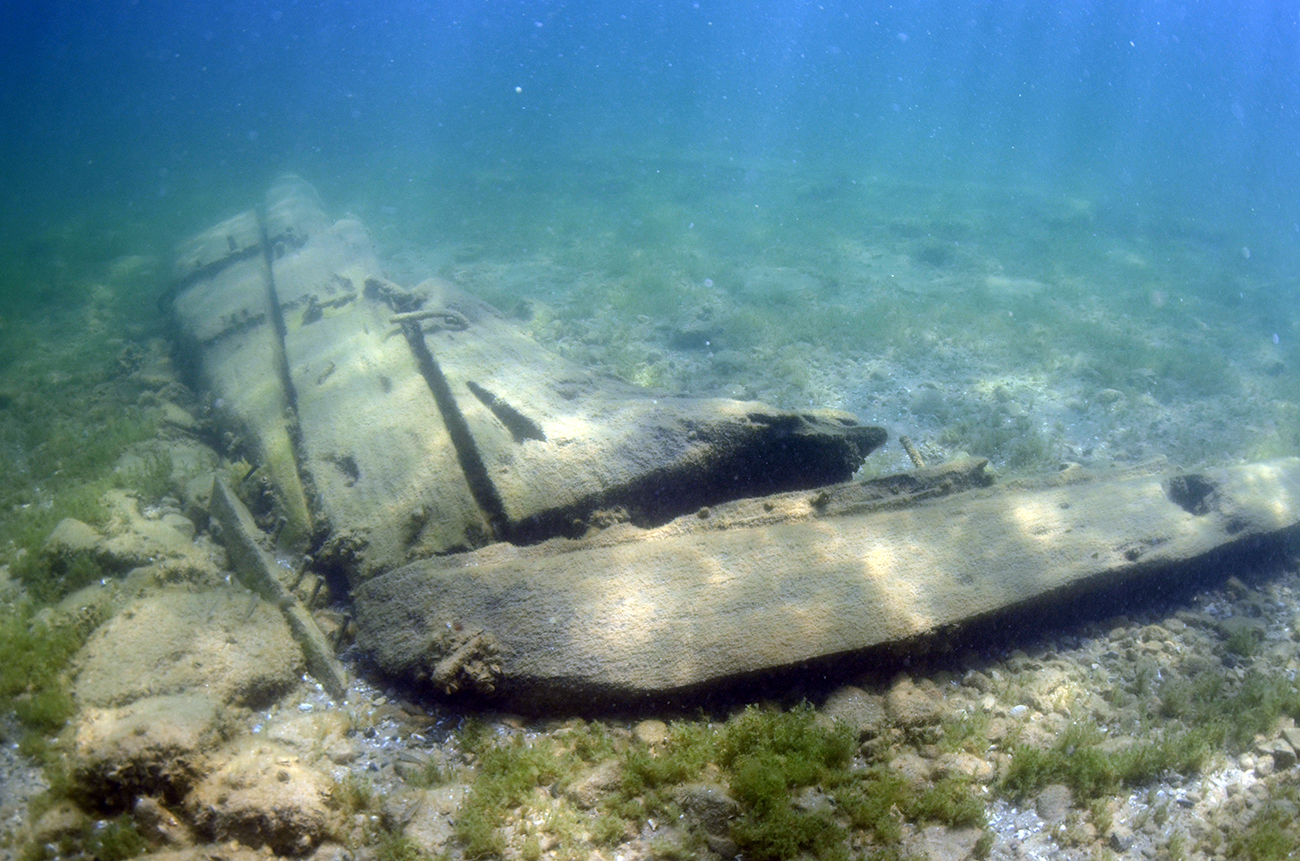 The schooner General Winfield Scott was constructed in 1852 at Black River, Ohio by Master Carpenter William Jones. Over her nineteen year career, the schooner sailed under many owners, but continued in the lumber and grain trade catering to markets at Buffalo, NY, Chicago, IL, and various ports in between.
Final Voyage

On 7 August 1871 Gen. Winfield Scott cleared Menominee, MI for Chicago with a load of lumber. Passing through Death’s Door passage the schooner encountered a heavy sea. Captain Faith managed to make it just off Spider Island when she started taking on water. The head sails were taken in, but while the crew was attempting to reef the mainsail the schooner capsized. The crew clung to the waterlogged hull for almost twelve hours until finally rescued by the schooner Ethan Allen. The crew was taken to Menominee where Faith telegraphed Chicago about the accident. The capsized hull did not immediately sink, but floated northward where she ran aground on a shoal off of Hog Island west of Washington Island. As the waves broke her up, fishermen and other island inhabitants took the schooner’s cargo of lumber. Gen. Winfield Scott was declared a total loss, valued at $10,000 and insured for $8,000.
Today

The Winfield Scott lies in the shallows between Hog Island and Washington Island, in about 7 feet of water on a sand and bedrock bottom. The main wreckage of the vessel was located in 1988. This is the lower hull of the vessel consisting of bilges, keelson assembly, and centerboard trunk. Other structural components remain scattered around the wreckage including the stempost, sternpost, and section of port side and stern quarter.

In 2018 a 126.1 foot long section of wreckage was located 579 feet to the southwest of the main wreckage. This section consisted of the starboard hull from the bulwarks to the turn of the bilge and contained two lumber ports and a portion of a wooden hogging arch.
Map