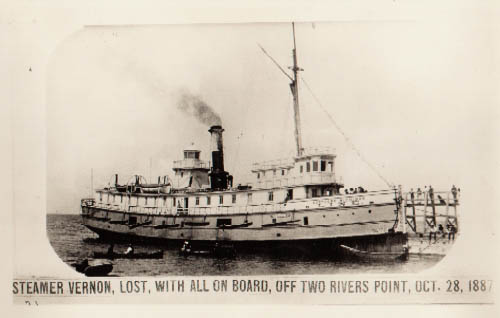 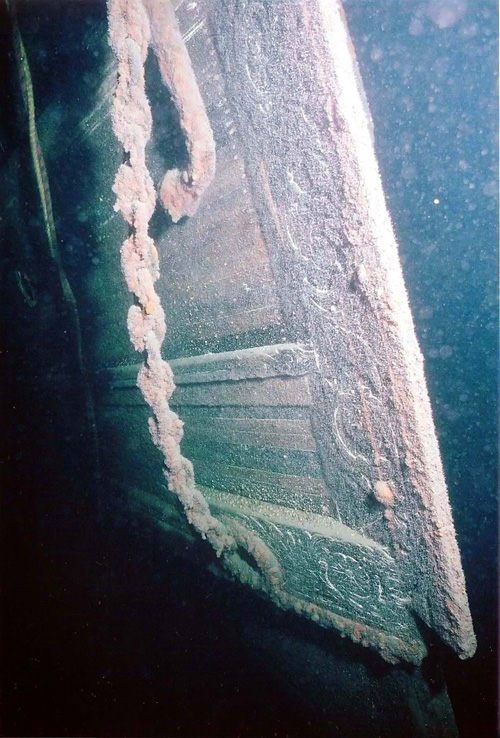 The Vernon's bow with anchor and chain. 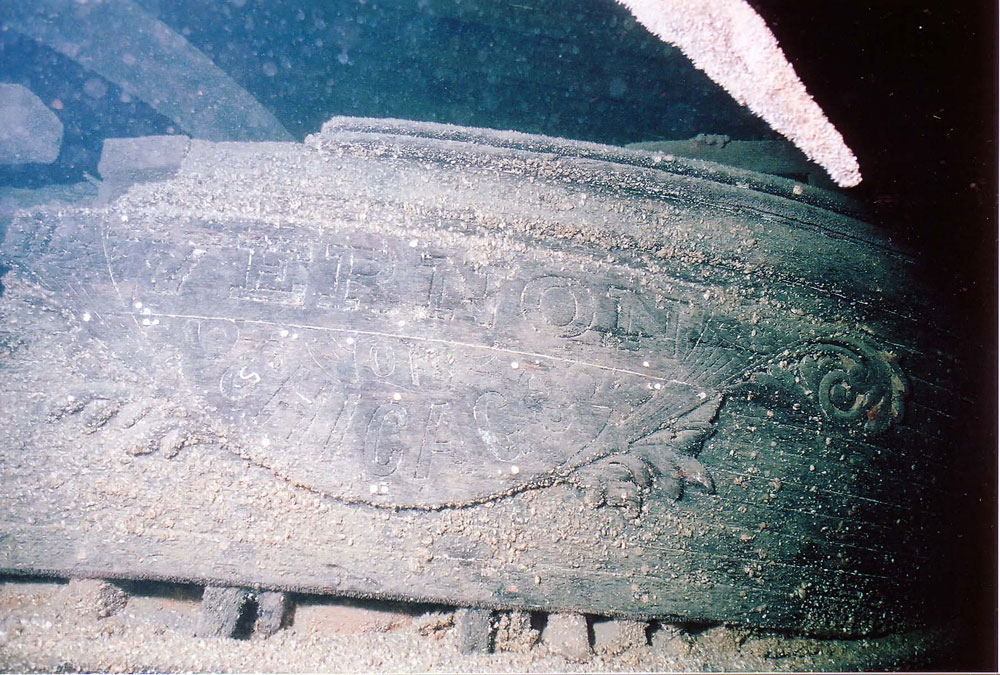 "Vernon of Chicago" carved into the stern. 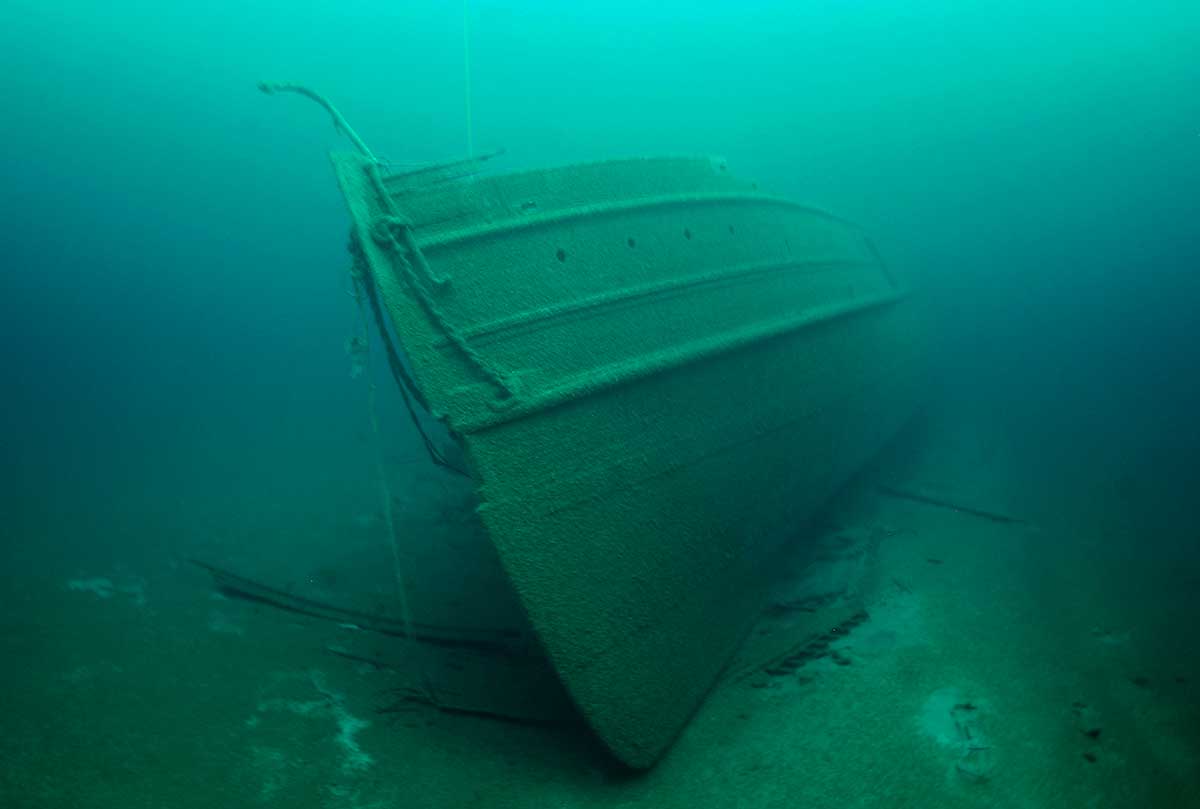 The Vernon was built to carry passengers and freight from Chicago to Manistique in the shortest possible time and was said to be one of the most elegant vessels on the lakes. Although the steamer was fast for the time and could travel up to 15 mph, the narrow, sharp hull and very deep draft caused it to become unstable when carrying a full cargo at that speed. The builder of the vessel sacrificed stability and buoyancy during construction in an effort to achieve greater speeds. As a result, many sailors who saw the Vernon after it was launched predicted that the vessel would eventually come to a disastrous end.
Final Voyage

On October 28th, 1887 the Vernon left Frankfort headed across Lake Michigan towards the western shore. A northeast gale developed and continued to worsen producing mountainous seas. The large waves swamped the steamer and filled the lower holds with water, extinguishing the fires. This left the vessel without engine power as the storm continued to rage. The Vernon soon foundered and sunk in deep water between 3 and 4 in the morning on Saturday, October 29, east of Rawley (Twin Rivers) Point. The total number of passengers and crew was most likely 44 to 50 with only one survivor of the wreck.
Today

The wreck of the Vernon is very intact and lies in 210 feet of water. The vessel's superstructure (pilot house, deck superstructure) were blown off and lie west of the main wreck site in 160 feet of water. The hull is keeled over to starboard and the cargo, fish boxes, and other artifacts are dumped out the starboard gangways. The cook stove is still in place on the deck.
Map