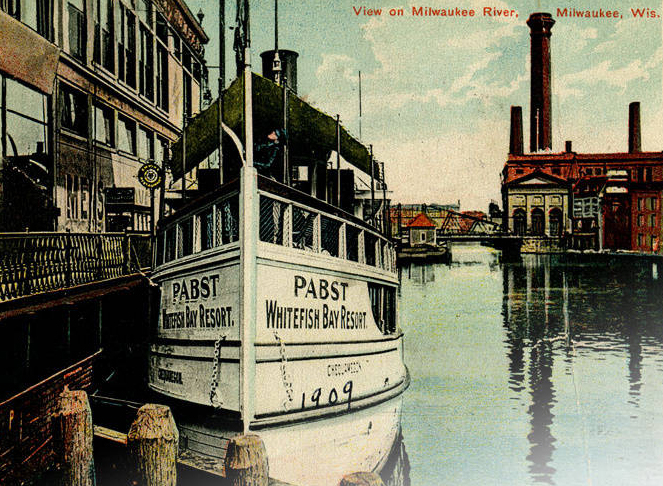 Post card of the Chequamegon as an excursion steamer for the Pabst Resort, circa 1909
Historic image of the Pere Marquette 7 converted to a tug for the Pringle Barge Line, circa 1920 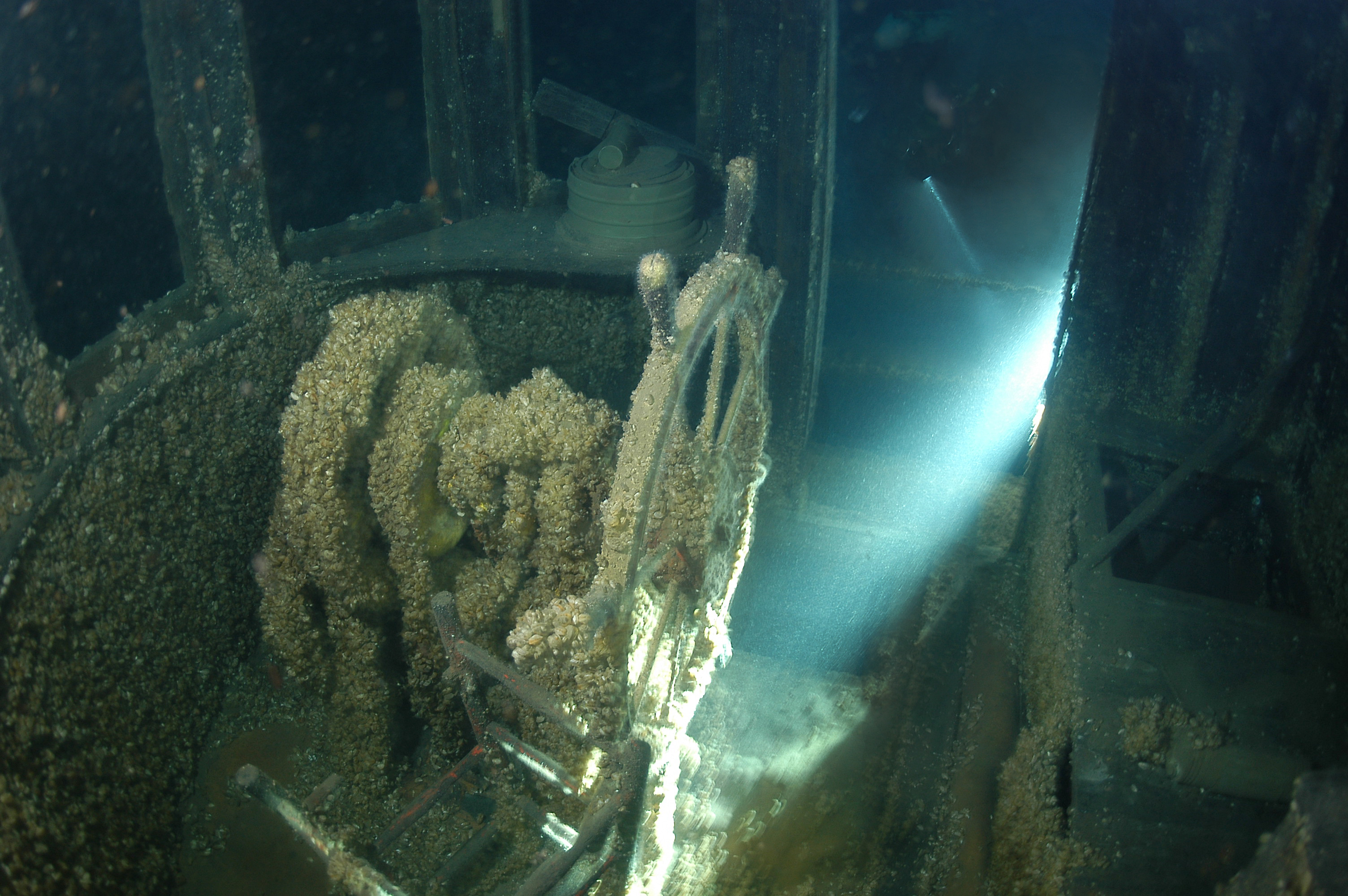 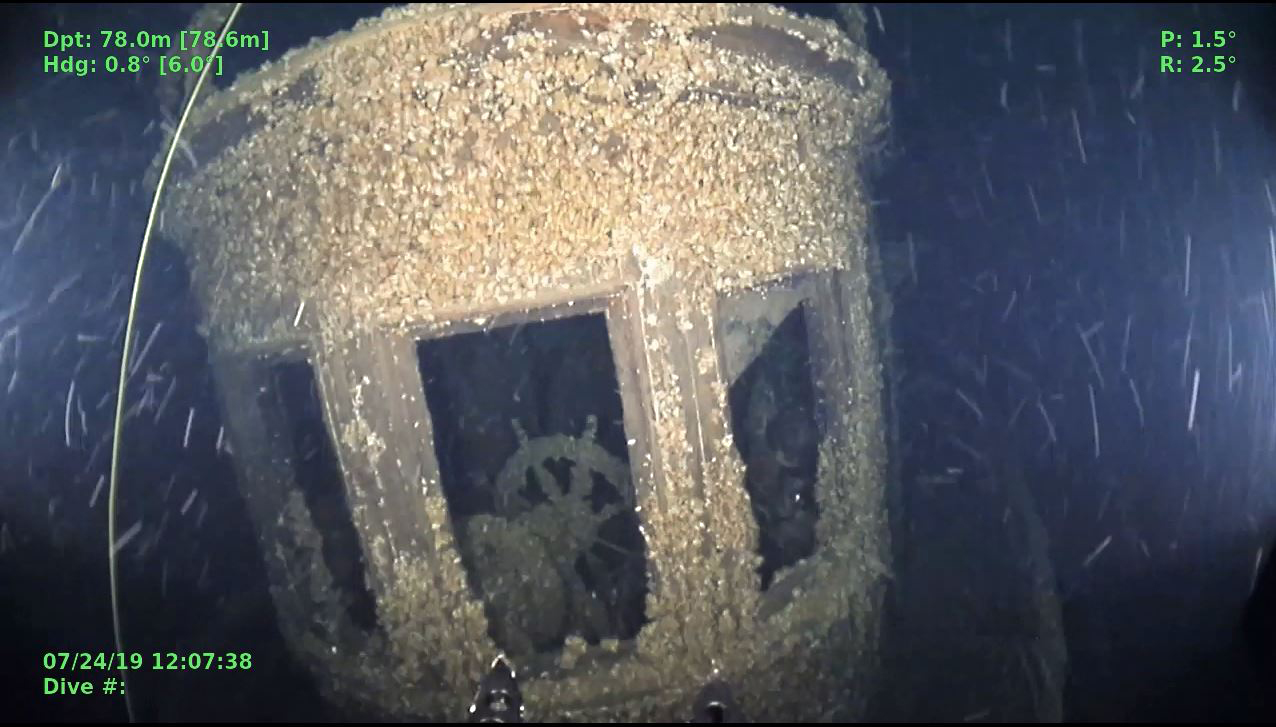 The Robert C. Pringle was built in 1903 by Manitowoc Shipbuilding & Dry Dock Company and named Chequamegon. The Chequamegon carried package freight between Ashland and the Apostle Islands on Lake Superior. Between 1904 and 1908 she was owned by Frederick Pabst and transported passengers between Milwaukee and Whitefish Bay Park, a resort for picnics and recreation. In 1911 she was sold and put back to work as a package freighter for seven years and her name was changed to Pere Marquette 7. In 1918 she was sold to the Pringle Barge Line of Cleveland, Ohio and renamed the Robert C. Pringle where she served as a tug until 1922.
Final Voyage

On June 19,1922 the tug Robert C. Pringle, towing the steamer Venezuela, struck a submerged object about 12 miles north of Sheboygan. Despite the fact that the tug sank almost immediately, the entire crew was picked up by the Venezuela and taken to Manitowoc, Wisconsin.
Today

The shipwreck was located by Steve Radovan in 2008 and a team of divers collected video and photos of the wreckage in over 300 feet of water.The ship sits upright and intact, with many of her navigational instruments still visible within her pilothouse. The vessel was surveyed my maritime archaeologists and Crossmon Consulting LLC using a remotely operated vehicle in 2019.
Map