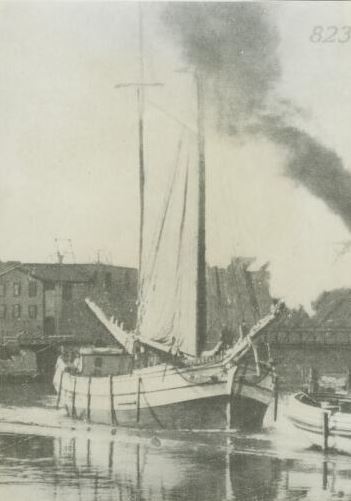 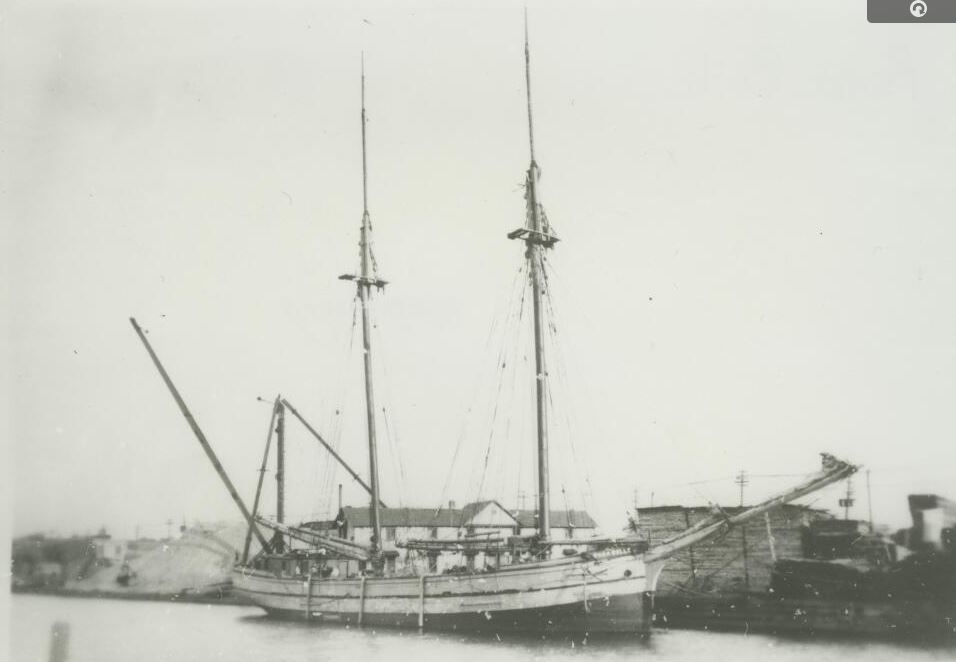 The Rosabelle was a wooden two masted schooner built in 1863 at the Leonard H. Boole shipyard in Milwaukee at a cost of $4,500. Her official registry number was 21302 and she was rated B2 in 1881 according to the Directory of Marine Interests of the Great Lakes. In 1919 the vessel was owned by the House of David in Benton Harbor, Michigan and was used to bring supplies to High Island for the House of David.
Final Voyage

The two masted schooner Rosabelle apparently foundered in a storm east of Milwaukee in Lake Michigan. She was found 42 miles east of Milwaukee bottom side up with no survivors or bodies. The yawl was missing. Some thought that she was involved in a collision, but the Coast Guard determined that she was not involved in a collision. She was later beached in order to salvage her lumber. Some sources state that eleven sailors were lost, others say nine.

"October 30, 1921: the schooner Rosabelle, loaded with lumber, left High Island bound for Benton Harbor and apparently capsized in a gale on Lake Michigan. She was found awash 42 miles from Milwaukee, with no sign of the crew. After she drifted to 20 miles from Kenosha, the Cumberland towed her into Racine harbor. A thorough search of the ship turned up no sign of the crew. She was purchased by H & M Body Corp., beached 100 feet offshore, and attempts were made to drag her closer to shore north of Racine. The corp. planned to remove her lumber."
Today

"Mr. Runge states that he saw her in Racine Sunday, August 27, 1922 on the beach north of the north pier and her center board box was there until about 1927.
Nearby
View 112 more View fewer
^
© 2023 - Wisconsin Sea Grant, Wisconsin Historical Society