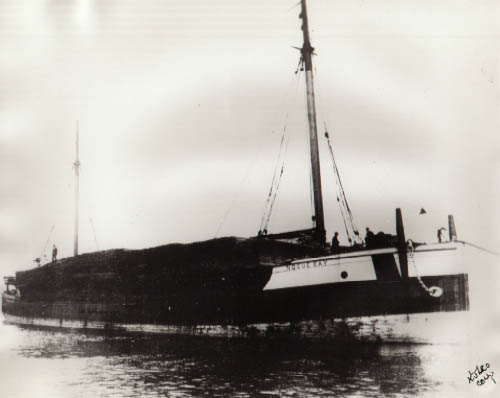 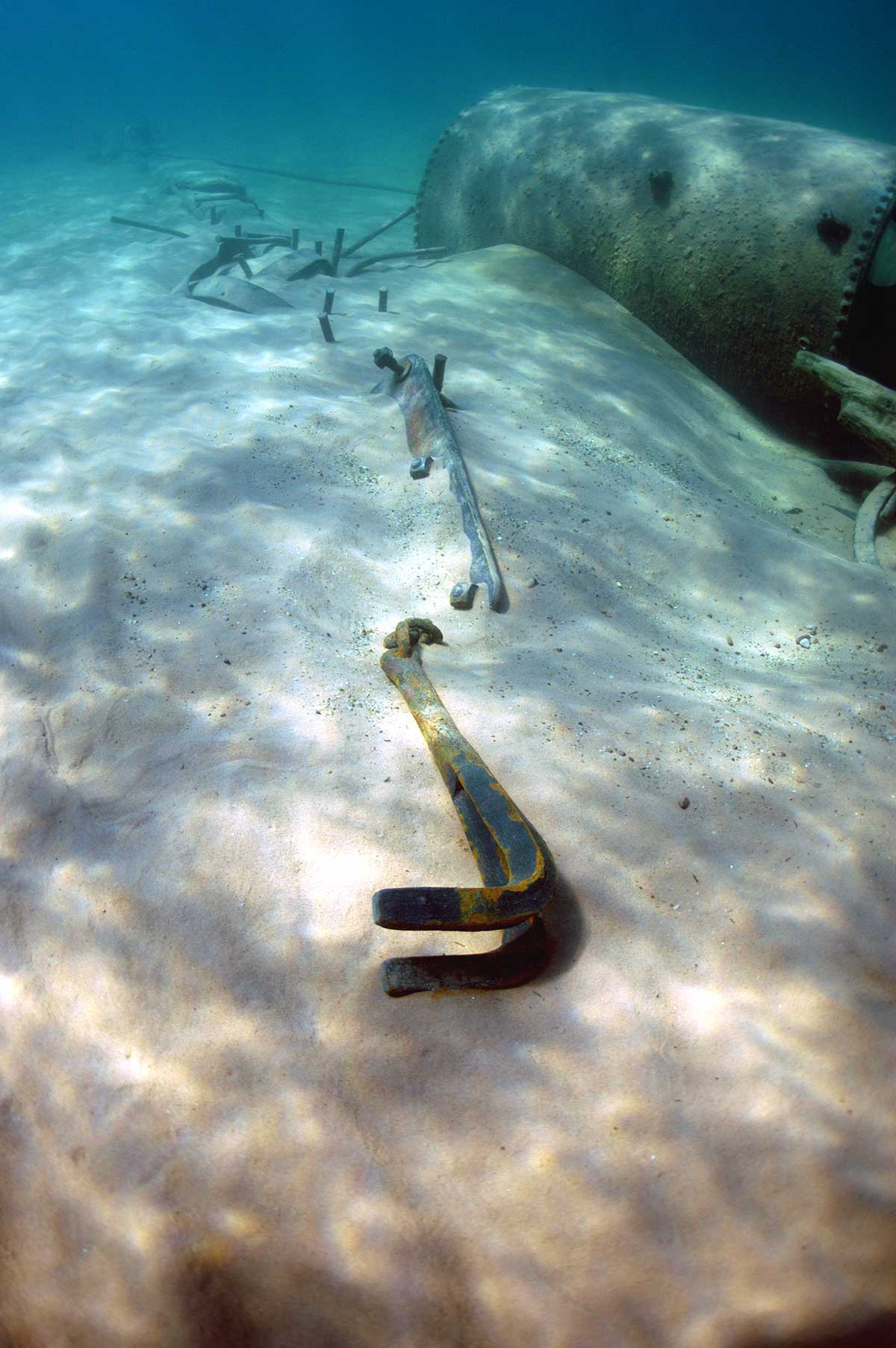 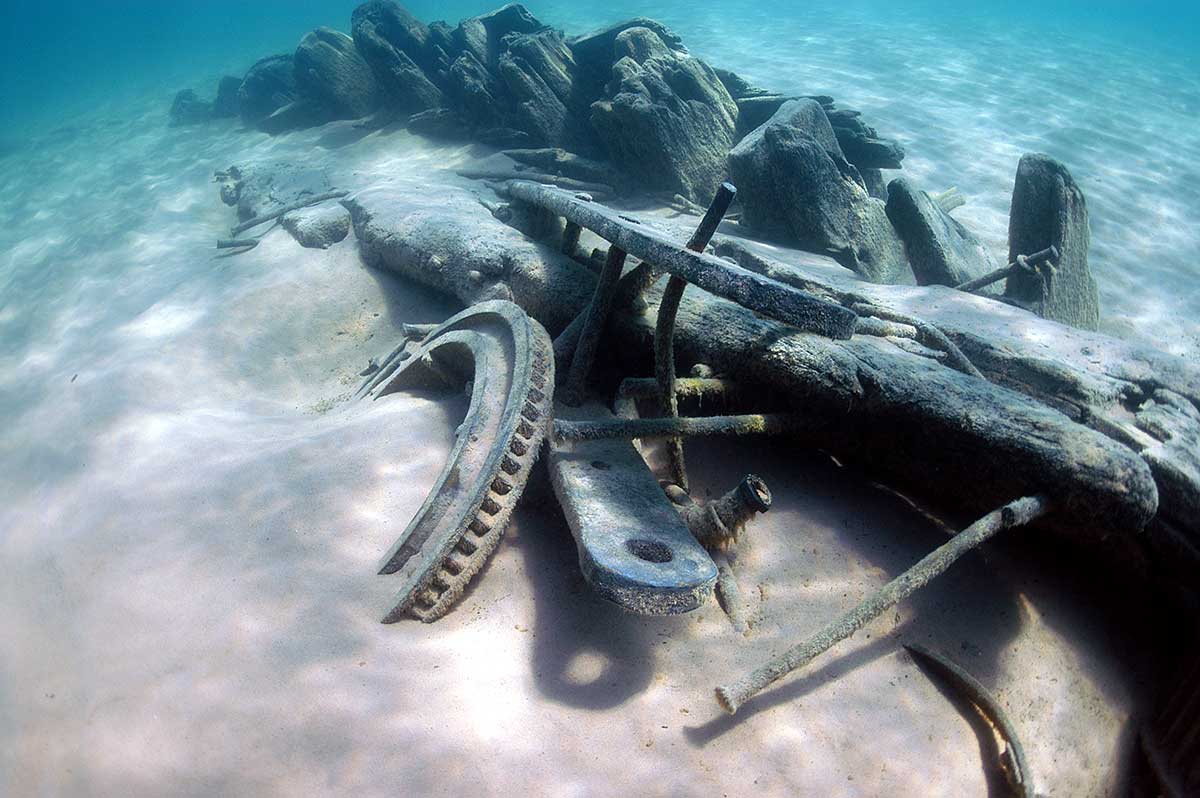 A gear remaining from Noquebay's capstan 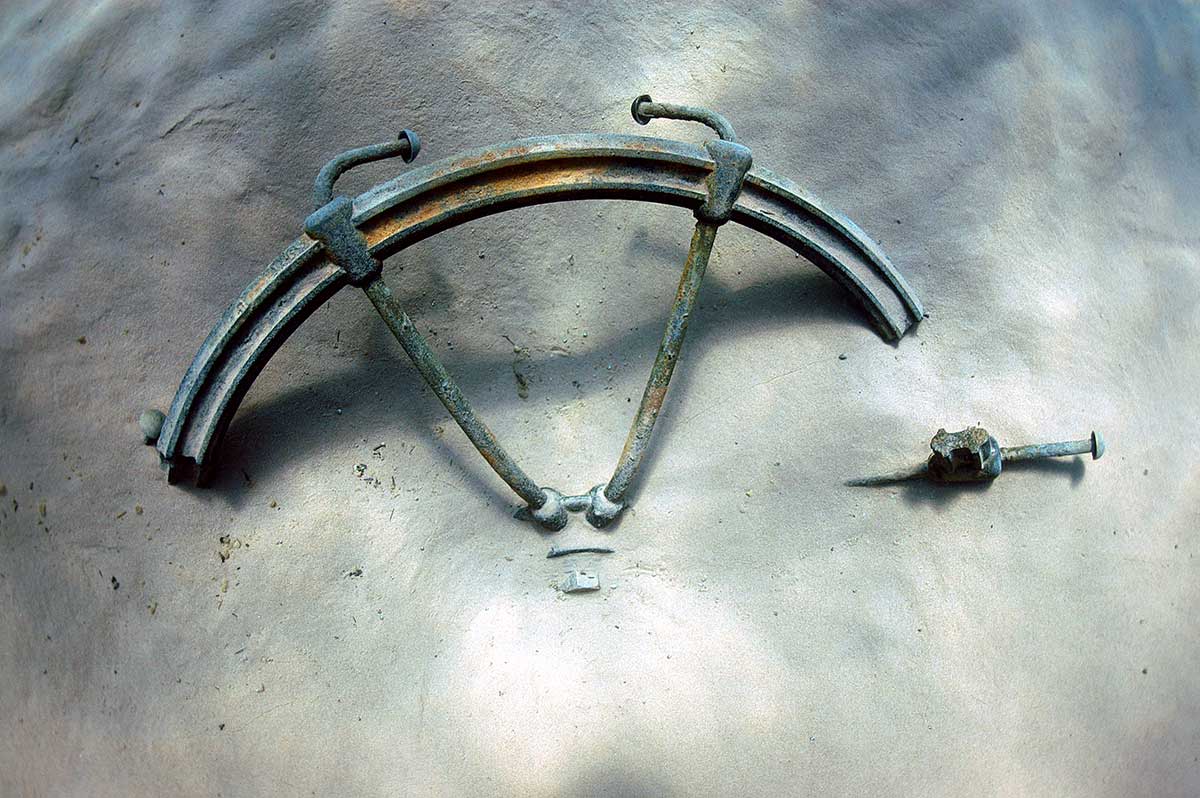 The Noquebay was built in 1872 by Alvin A. Turner of Trenton, Michigan, as a schooner barge for Thomas W. Beebe of the Peshtigo Company of Peshtigo, Wisconsin. She was a near duplicate of the Peshtio (1869) and the Mautenee (1873). The Noquebay was built to carry bulk lumber and coal and was capable of transporting over one million board feet or 1,350 tons of coal. She was principally engaged in hauling lumber to the east and returning with coal to the west.From 1895 to 1905 the steam barge Lizzie Madden towed the Noquebay in consort with several other schooner barges. The tug Ottawa was another common tow vessel. Regular trips were made between Duluth or Ashland and Buffalo, New York; major lumber producing and distribution centers.

Lizzie Madden departed from Bayfield on Sunday morning October 6, 1905, with Noquebay and her sister ship Mautenee in tow. Noquebay was loaded with 600,000 board feet of hemlock lumber bound for Buffalo. About 20 miles NE of Bayfield, a fire broke out in the forward part of the ship near the donkey boiler. Donkey engines were used to hoist anchors and sails, work the pumps, and to move cargo. The fire started while the crew was eating lunch in the after deckhouse and was not discovered until it was uncontrollable. Lizzie Madden headed for Stockton Island and beached Noquebay in the shallow waters of Julian Bay. The crew was able to heave about a third of the cargo overboard before abandoning the ship and climbing aboard the Lizzie Madden. The lumber and Noquebay's anchors were salvaged, but the ship burned to the waterline.
Today

The wreck site consists of large intact sections of the hull, bow, starboard side, and port side, along with machinery and numerous smaller, portable artifacts.The Noquebay's remains are scattered, encompassing approximately 2/3rds of an acre. The wreckage field lies in 10-15 feet of water, trends in a north/south direction for about 230 feet, and is 125 feet wide. Areas of the Noquebay are variably exposed or buried in deep sand. Four major pieces of machinery: a donkey boiler, pieces of windlass, the ship's wheel, and rudder are usually visible at the site. A large number of smaller artifacts are also present such as coal and structural supports. The hull bottom and keelsons show little deterioration. The site has relatively few modern impacts.