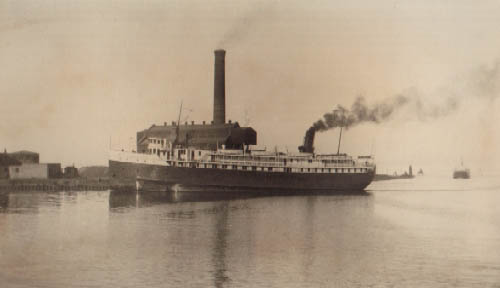 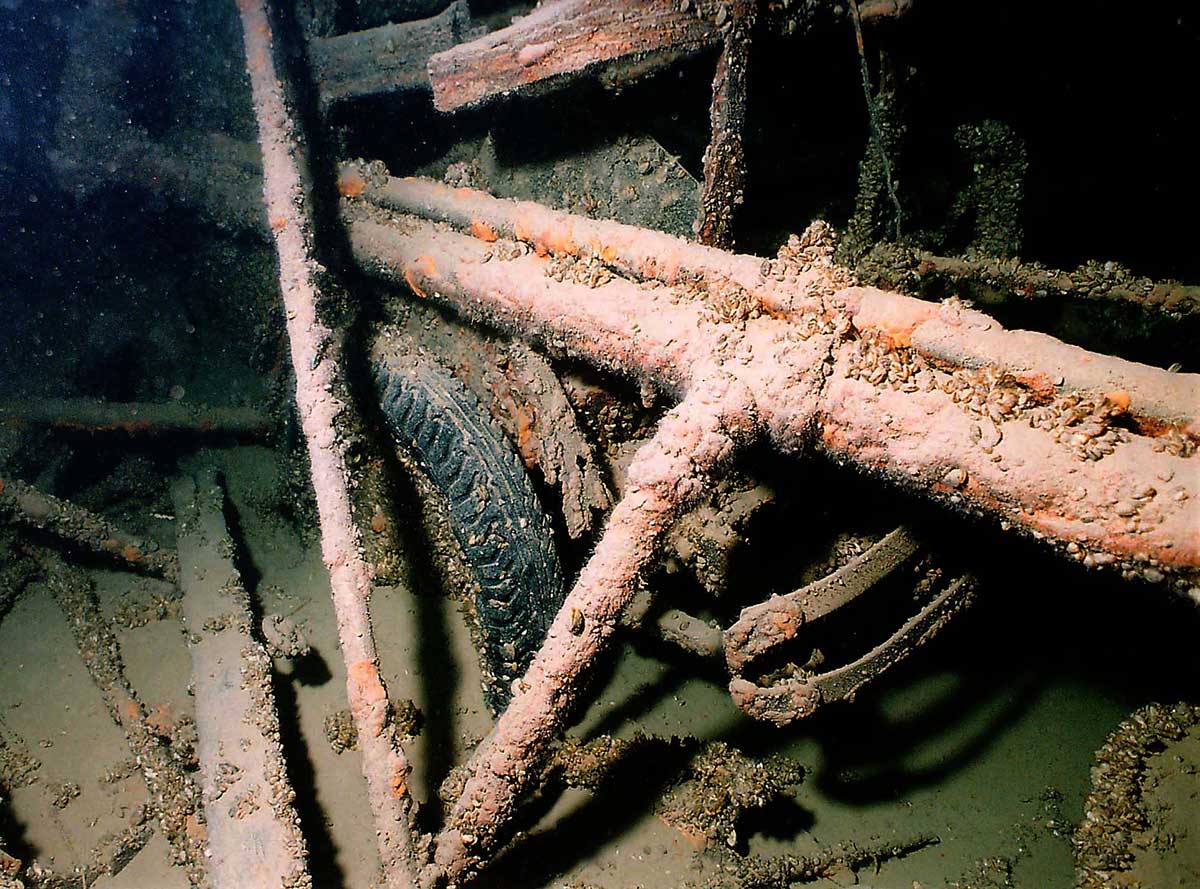 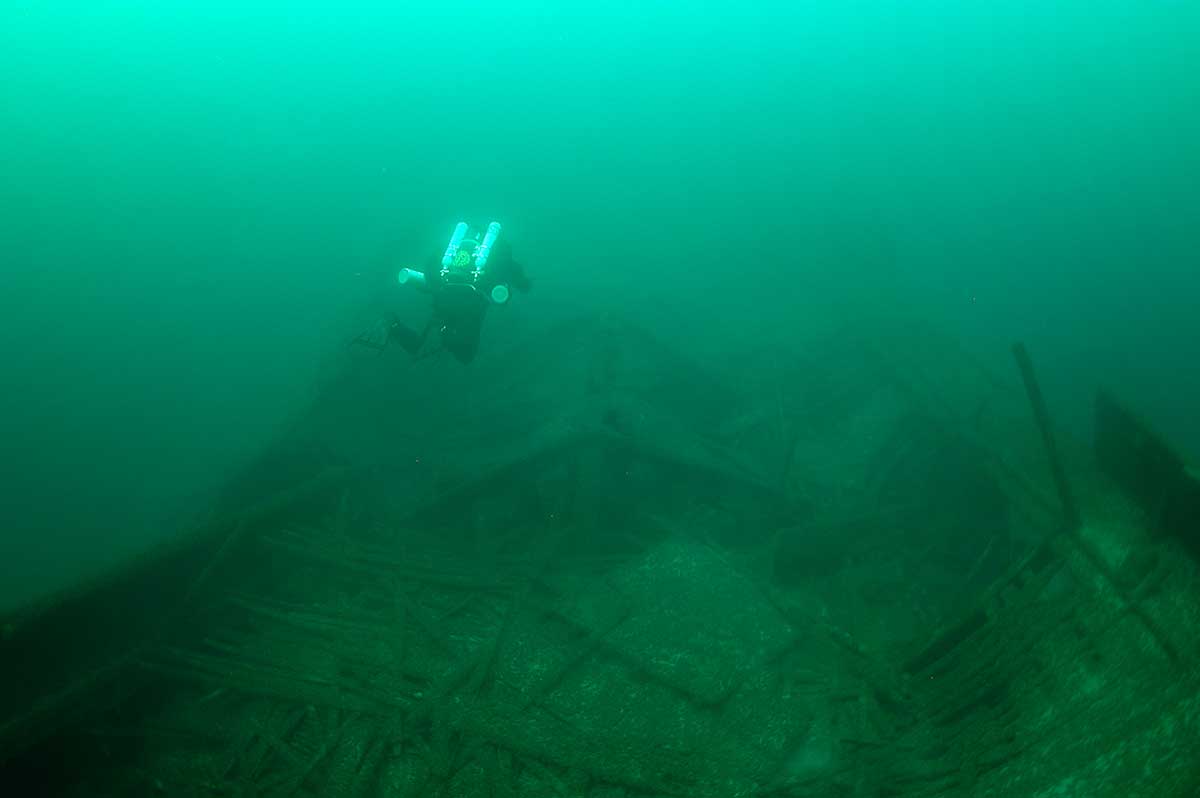 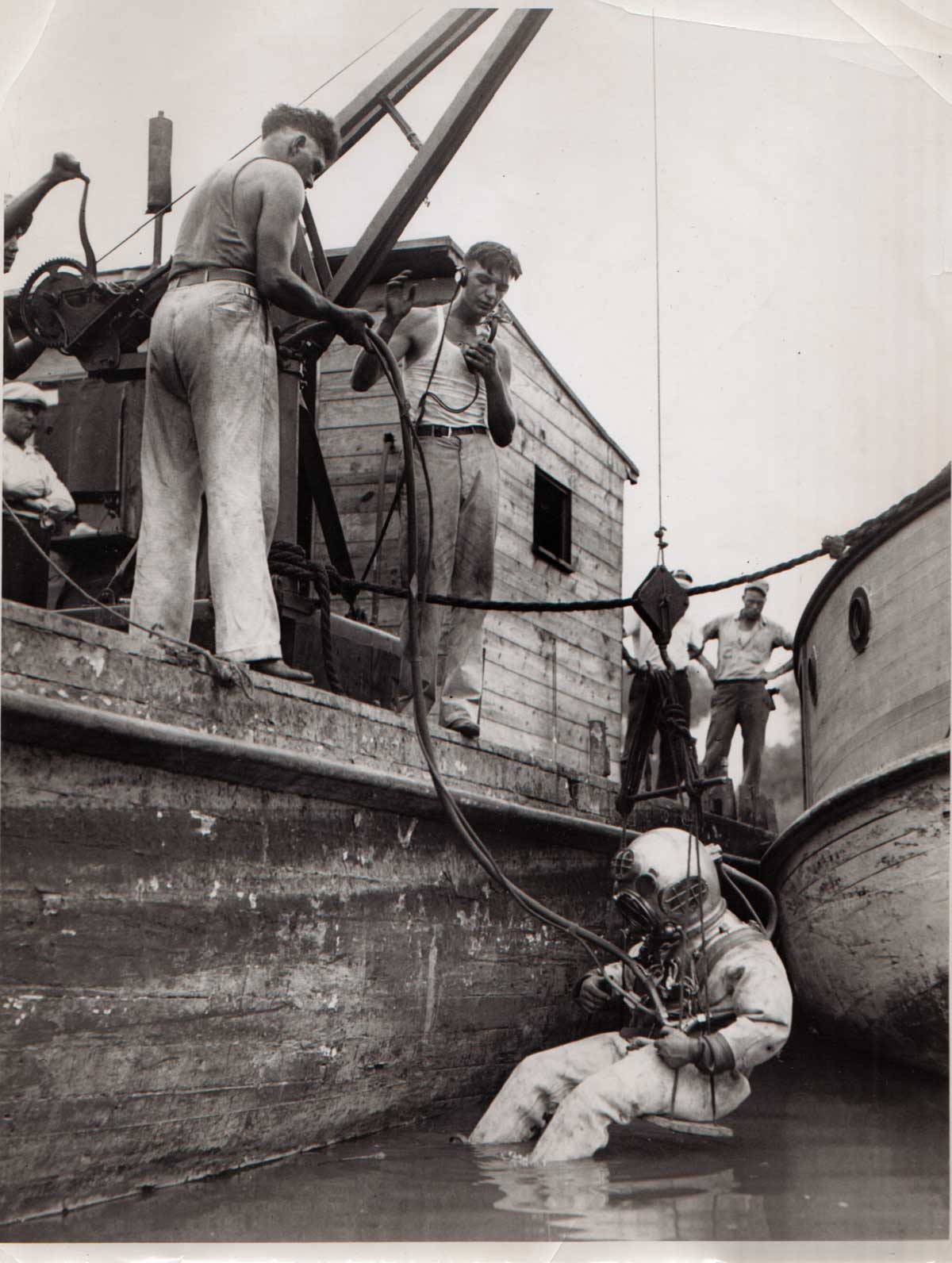 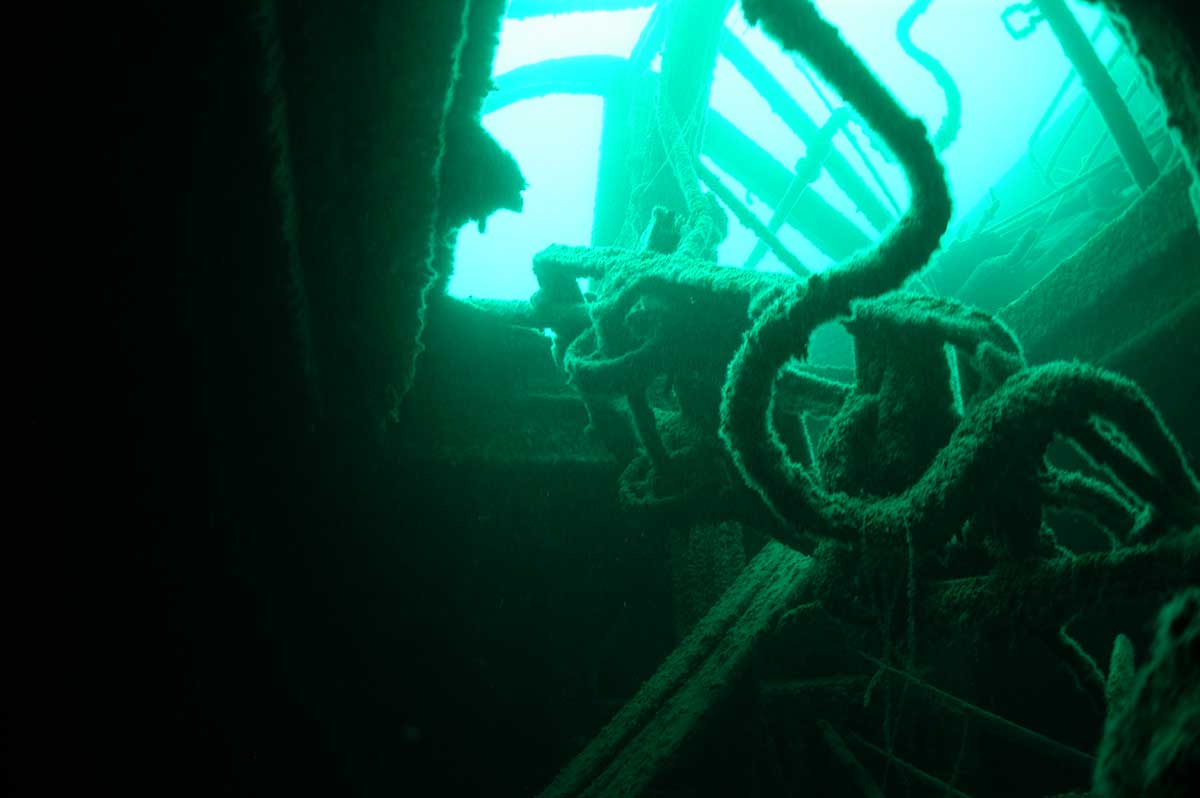 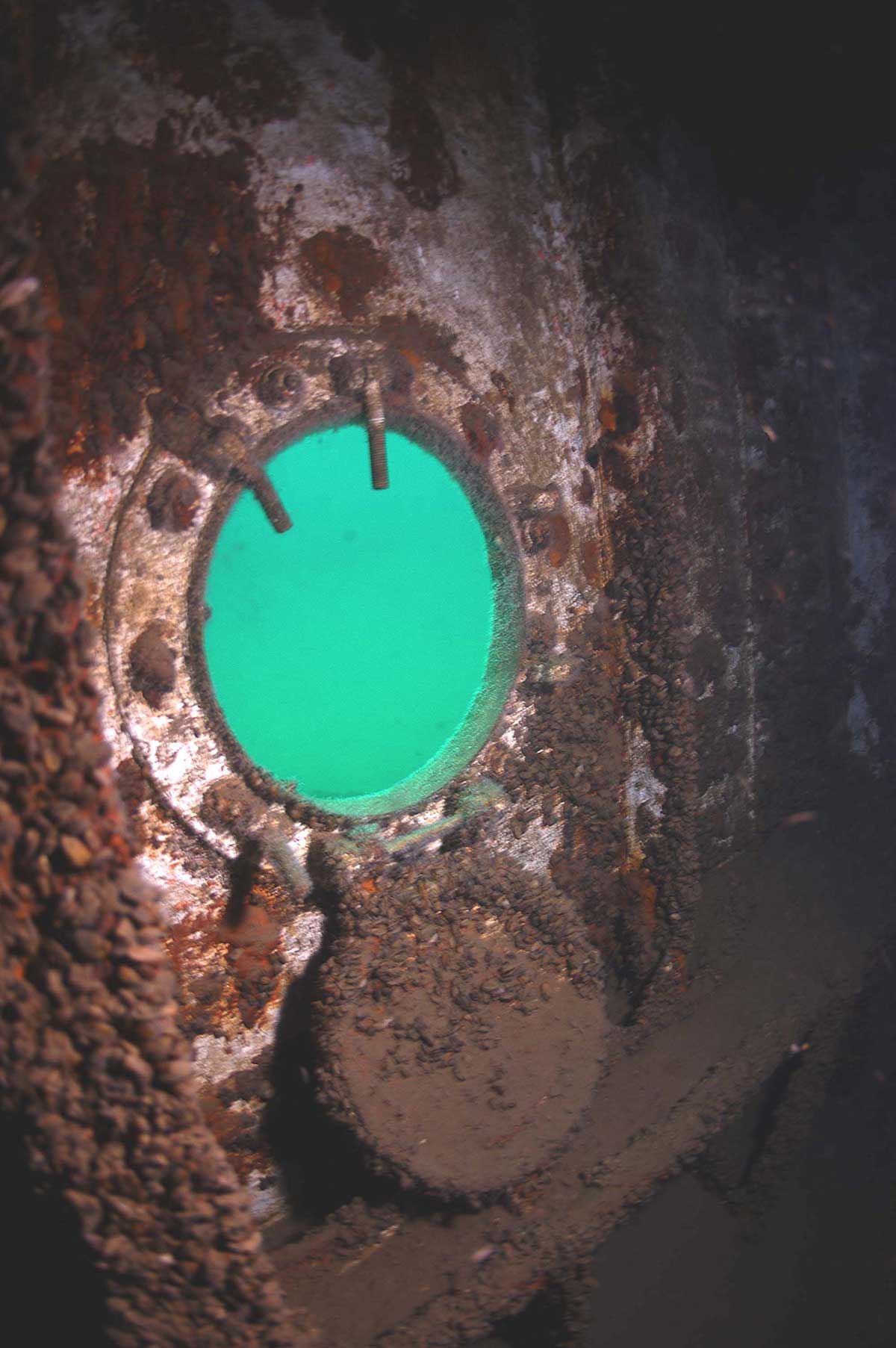 One of Wisconsin's portholes, now open, with glass remaining 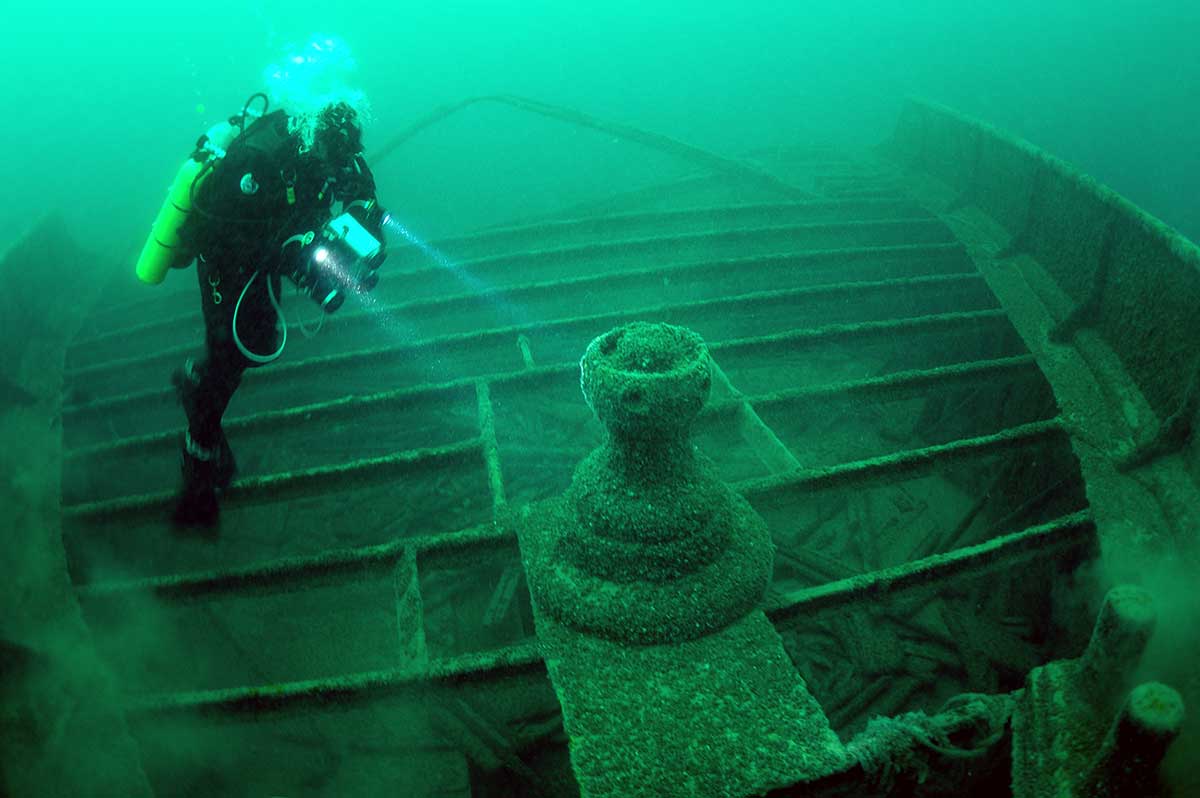 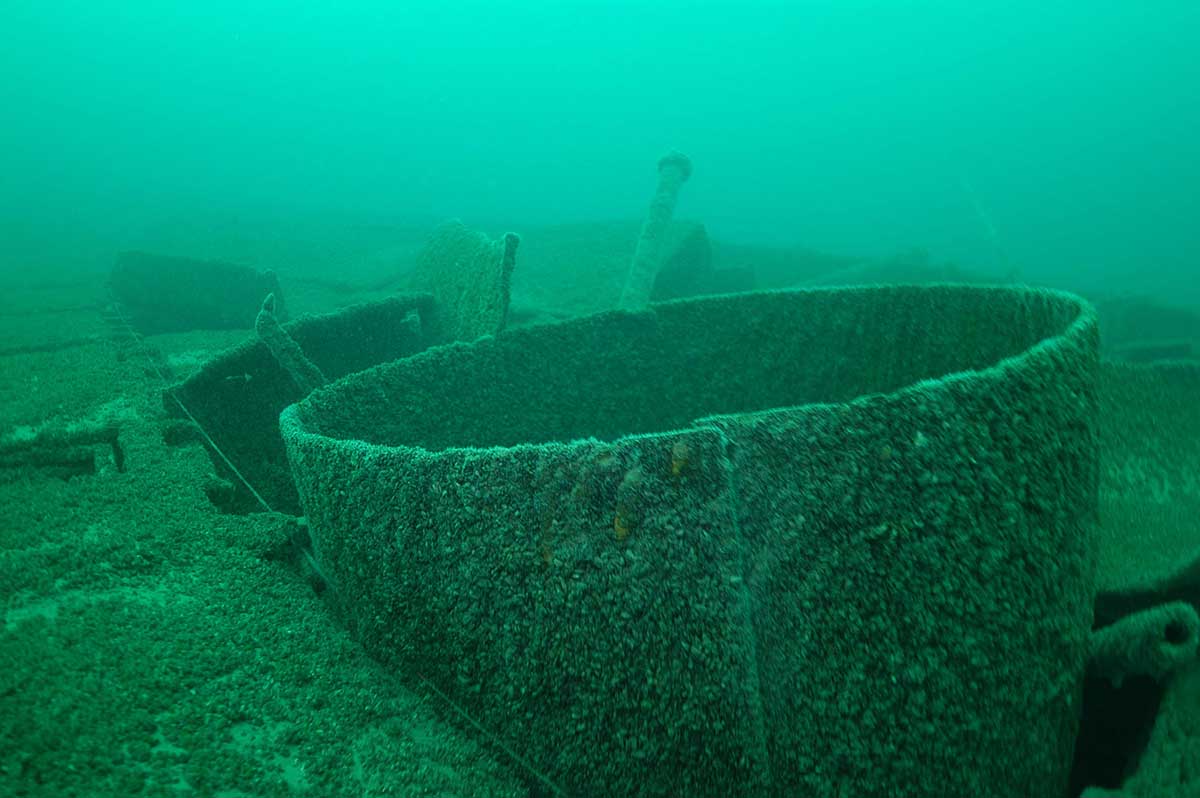 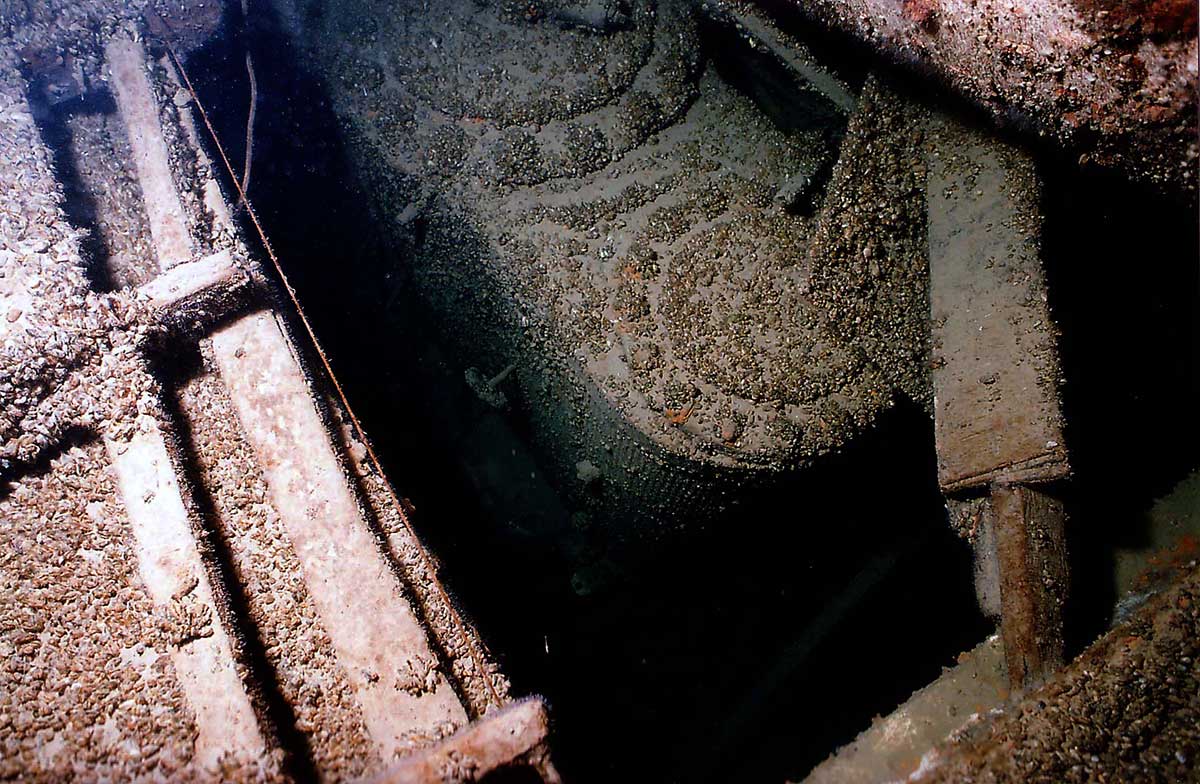 2015 3D rendering of the Wisconsin 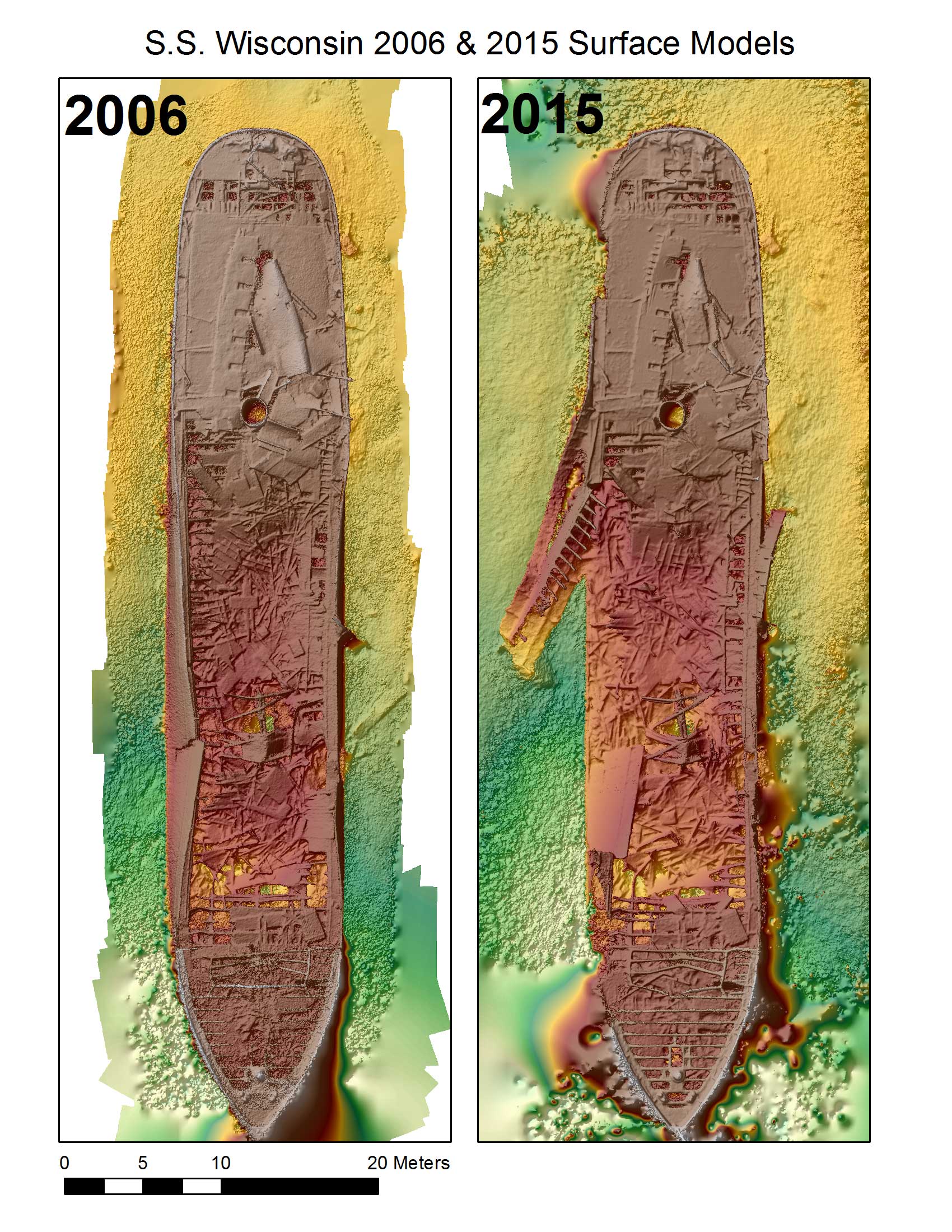 "The steamer Wisconsin was built by the Goodrich Line and launched on October 11, 1881 at Wyandotte, Michigan. In 1886, the Wisconsin was sold to the Crosby line and named the Naomi. Under this name, she became the victim of a raging fire in the middle of lake Michigan on May 21, 1907. It looked as if the Naomi was doomed until the bulk freighter Curry came to her assistance. The Naomi was towed to the shipyards in Manitowoc, Wisconsin where she underwent a complete rebuilding. In 1912, the owner Mr. Crosby, lost his life in the sinking of the Titanic. Shortly thereafter, the Naomi was renamed the E.G. Crosby in his honor. In 1918, because of World War I, she was taken over by the United States Shipping Board, renamed the General Robert O'Reiley and served as a convalescent hospital ship. At the end of the war she was purchased by the Seymour Line and named the Pilgrim. When the Seymour Line failed, the Goodrich Company once again acquired the ship and named her the Wisconsin, her original name."
Final Voyage

On the evening of October 29, 1929, just days after the loss of the car ferry Milwaukee, the Wisconsin found herself in a northeasterly gale. While off Kenosha, Wisconsin, the ship's cargo of iron castings, automobiles, and a large quantity of boxed freight shifted. The pumps failed to handle the incoming water properly and the Wisconsin was in serious trouble. Being close to Kenosha, the tug Search was able to come to her assistance along with two coast guard vessels and a local fishing boat. The tug took some of the crew and all of passengers aboard and stood by. The captain and some of the crew stayed on board and waited for the Wisconsin's running mate, the Illinois, to tow her to the Kenosha port. The Illinois left Milwaukee as soon as she could but reached Kenosha too late, for early in the morning the Wisconsin suddenly plunged below the waves. Taking the nine crew members with her, some within the vessel and others in the water, the Captain was pulled from the lake but later died on shore."
Today

The Wisconsin is setting in 130 feet of water in an upright position on a mud and sand bottom. The superstructure is mostly gone except for some I-beams. The stack is lying down on the deck. The windless and capstan are present along with three cars in the rear cargo hold.
Map