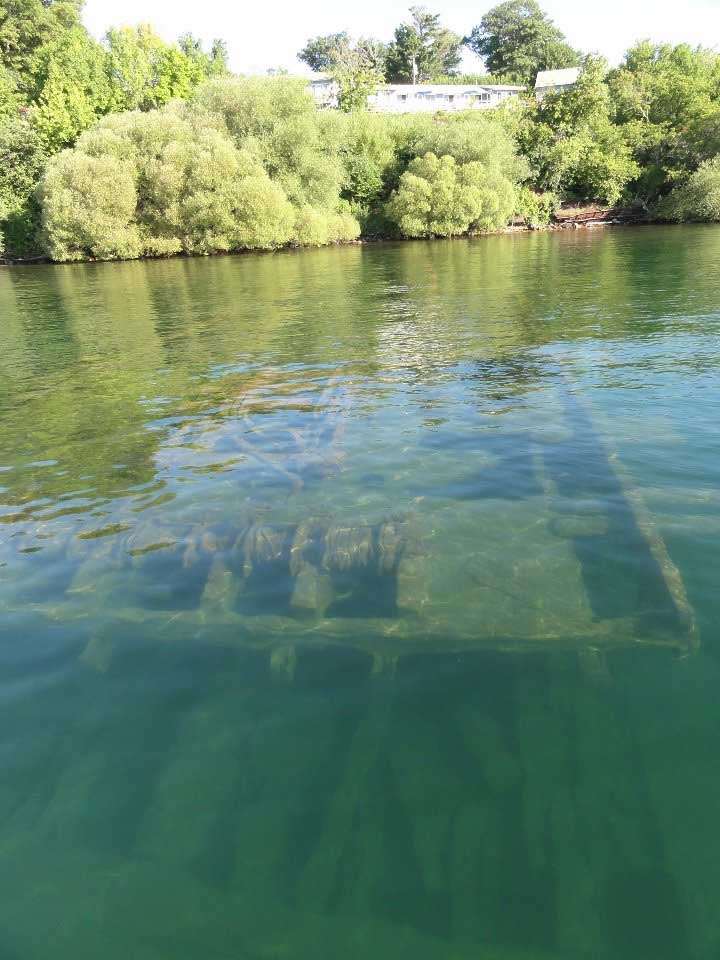 The Finn McCool was a 135-foot long wooden (white oak) steam barge that served the lumber trade in the Ashland and Apsotle Island area and other south shore points. The vessel had a two story deckhouse and was equipped with a steam winch along with a derrick and bucket for loading logs. Over the years she changed owners six or seven times.

"The steamer (Finn McCool) changed hands seven times before she was abandoned in 1964. Sitting at a Bayfield slip one night, loaded with Oak Island logs, her pumps failed and she unceremoniously sank at the dock. Her cargo was salvaged and the ferries Gar How and Nichevo dragged her to her final resting place. She is still relatively intact, and can be seen sticking out of the water." The Unholy Apostles, James M. Keller
Today

The Finn McCool is largely intact, lying in 20' water. The sides have collapsed outward in many places and are in danger of further collapse. The deck is missing, but the lifting machinery is generally in place. Forward end points towards shore and runs partially out of the water. Ice damage has collapsed the bow flat on the bottom of the lake. The boom (15" x 18" x 76'6") lies on an iron cross beam and extends out of the water. Extensive wave action and weathering have nearly worn through.